Artemis: Why did NASA choose to name its mission after the goddess huntress? 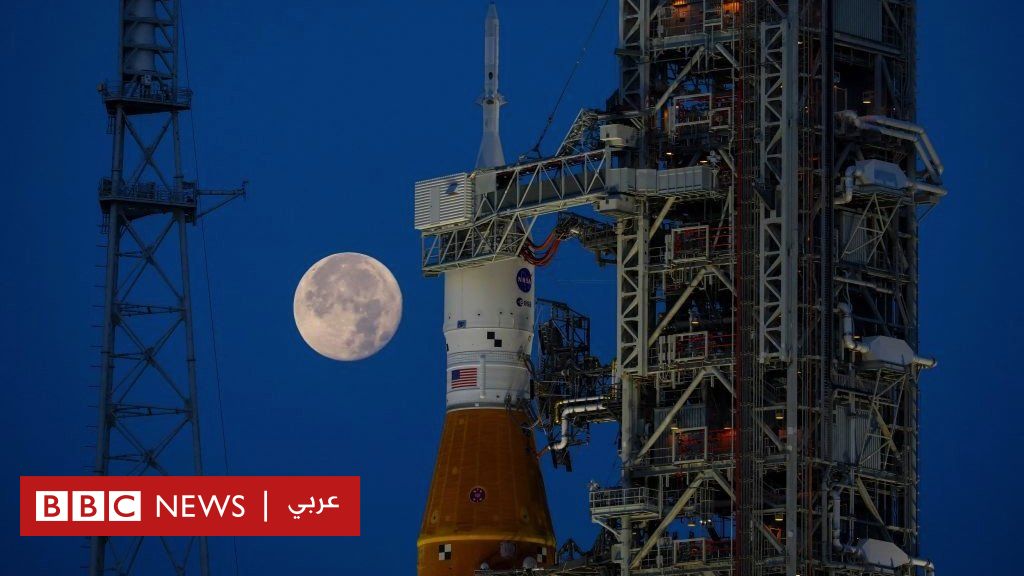 In Greek mythology, Artemis is the goddess of hunting, forests, wildlife, and the moon. She is also the twin sister of Apollo, the god of the sun, music and poetry. In their old artistic incarnations, the twins knew a common hobby: the crossbow, so perhaps the US space agency, NASA, chose to name its missions to the moon, after them.

It is not new for space scientists to name their tasks after the names of the Greek gods, especially since most of the names of the planets are also inspired by the names of the gods of ancient civilizations. Half a century after the last "Apollo" flight, "NASA" has revived its program to send humans to the moon, within a new program called "Artemis".

The "Apollo 11" spacecraft carried the first man to the moon in 1969, and was part of a program of the same name, which continued to launch vehicles to the moon until 1972, before it was retired.

What is the goal of the Artemis mission?

After being delayed last week due to an engine failure, the program's first flights, via the Artemis 1 spacecraft, are expected to take off towards the moon.

The spacecraft is unmanned and will help test radiation, vibration and heat as it passes through the atmosphere.

The "Artemis 1" spacecraft will launch the "Orion" capsule into orbit around the moon, to verify that the vehicle is safe to transport future astronauts, including the first woman and the first person of color to set foot on the lunar soil.

Women represent 30 percent of the workforce in the Artemis launch rooms, after they were limited to one woman on the Apollo 11 mission.

The program aspires to allow humanity to reach Mars later, and to establish a permanent human presence on the Moon, with the establishment of a base on its surface.

And "Artemis 2" will transport astronauts to the moon in 2024, without landing on its surface. The program plans to launch a manned mission to the crew of "Artemis 3" in 2025 at the earliest.

In the long term, the program aims to teach humanity to live in space all the technologies needed to make round trips to Mars.

What does the legend say about Artemis?

The specialist in the study of Greek mythology, Marie Claire Beaulieu writes, in an article published on the website "The Conversation" that the name of the mission bears a high symbolism, not only because Artemis was the goddess of the moon for the Greeks and Romans, but also because she has become in the current era a feminist icon, and is referred to as a representation of freedom independence and strength. She adds that her symbolism as a goddess of forests and hunting has also made her an inspiration to environmental activists.

The goddess of hunting was known by two different names among ancient civilizations. She is Artemis for the Greeks, and Diana for the Romans, and like many of the sons of Zeus, her birth had a tragic context.

The god Zeus, as we learn from the writings of the ancient Greeks, was a married god, which did not always cause problems between him and his wife, the queen of Olympia, and the goddess of marriage and family, Hera.

The legend says that Zeus fell in love with the goddess Leto, a descendant of giants, and she became pregnant from him, much to the wrath of Hera. Thus, she pursued her and released the python, cursing her, so that she could not have children anywhere in the sun.

Leto's labors came hard, and lasted for nine days and nights, until she reached an island untouched by the sun, the island of Delos, where she bore twins: Artemis and Apollo.

The legend says that Artemis saw the light before Apollo, and helped draw him from her mother's womb, and from birth, she became the goddess of labor and childcare.

To punish Niobe for her mockery of their mother, Apollo and Artemis fired their arrows from the sky, and killed all her children, so the mother turned from her grief to a rock, from which springs water, to represent her inexhaustible tears.

face of the moon

It is known about the Greek and Roman gods that they were not satisfied with taking care of one area of ​​life, as the human mind imagined them capable of pumping their energies in all directions, just like the sun's rays.

It is true that Artemis, or Diana, as the Romans called her, was the lady of the forests, animals, wilderness, and savage nature that civilization did not trample, but she was also one of the most prominent goddesses of the moon throughout history.

In ancient arts, Artemis was painted or sculpted as a skilled hunter, always carrying her bow and quiver, and walking with an antelope. She was crowned with an incomplete crescent on her head, appearing as if it had two serrated horns, like many moon goddesses who were also likened to the cow in earlier times.

Many ancient worships were inspired by the cycle of the moon, as the mother or sacred female deities represented the energy of the moon, and its various aspects of its completion, with the succession of days and their succession.

In the myth, Artemis rules the world of night, savagery, shadows, and wilderness uncontaminated by man's fingers, while her brother Apollo, and his planet the sun, represent the world of light, poetry, dance, music, and civilization that flourished by human effort.

This archetype is an intensification of how ancient myths understood the integration of masculine and feminine, sun and moon, night and day. .

Why did Artemis refuse to marry?

After her mother's difficult pregnancy, Artemis asked her father, Zeus, to fulfill a number of desires for her, including his promise that she would never marry.

In myths, Artemis was busy jumping between trees, running with animals, and had no time for men.

Artemis' refusal to marry, and her fierce defense of the chastity of her nymph companions, caused some very dramatic turns in Greek mythology.

The story goes that Artemis, a lover of hunting, always roamed the woods with a number of nymphs. On one occasion, she killed her hunting companion Orion, when he tried to assault one of her companions.

Legends say that Zeus fell in love with the nymph Callisto, and had a son with her, and Artemis turned her into a bear. In honor of his beloved, Zeus assigned her and her son a place among the stars, as the ancients believed they were the combinations of the Great Bear and the Little Bear.

In another story, the hunter Icktian was wandering the woods with his dogs, in search of prey, and when he approached a lake of water, he saw Artemis washing and surrounded by her nymphs. And as a punishment for his voyeurism, I turned him into a ibex, but his dogs did not recognize him and devoured him.

This categorical rejection of sex by Artemis, interpreted by some scholars of mythology as a symbolism chosen by the human imagination for the savagery of nature, the closing of forests with their sacred secrets from human eyes, and the difficulty of domesticating wild animals.

And because Artemis or Diana and other gods are preparing in modern times as symbols of the power of women that have been obliterated throughout history, perhaps NASA wants, by naming its mission after the Greek goddess, to emphasize its desire to open a new page, in which the valuable and avant-garde contributions of women in space science are not buried as it was It happens decades ago.