Chained with a chain and 3 locks.. Surveillance cameras reveal the mystery of the corpse of the Alexander 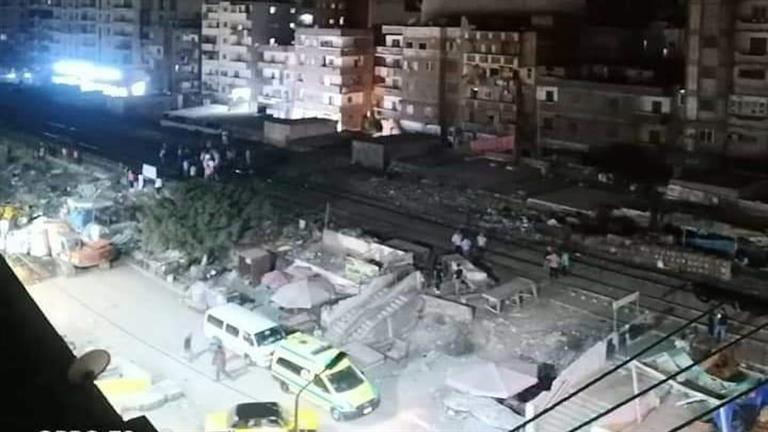 The Criminal Investigation Department of the Alexandria Security Directorate succeeded in unraveling the mystery of the incident of finding the body of a young man who was decapitated, tied to a chain and a lock on the tracks of the Abu Qir train next to Derbala market in the first district of Montazah.

Al-Montazah Police Department received, at exactly one o’clock on Thursday morning, a report from the people stating that the body of a person had been found on the railway tracks – Abu Qir train line – in the Derbala area of ​​Sidi Bishr.

The officers of the department’s detective unit, accompanied by an ambulance, moved to the Al-Balagh site, and the examination revealed the body of an unidentified person, in his thirties, tied to a chain and locked to the railway tracks next to Derbala market.

By examining the body, it was found that he was wearing a T-shirt, dark blue pants, and slippers, and his head was completely separated from the body and covered in blood from the upper part of the body, without any other injuries to the rest of the body.

Major General Khaled Al-Barawi, Assistant Minister, Director of Alexandria Security, directed the Director of the Criminal Investigation Department to form a criminal investigation team, to uncover the mystery of the incident and whether it was a suicide or a criminal suspicion.

Through the use of modern technologies, and the examination of surveillance cameras in the vicinity of the accident site, it was found that the aforementioned person entered alone from one of the corridors leading to the railway track.

Investigations revealed that the accused was carrying a plastic bag in his hand and placed an iron chain around his neck "with 3 locks and their own keys", and lying on the railway track, which led to the train colliding with him, if he passed and his death as a result.

By completing the examination, the identity of the aforementioned person was identified as "resident of the city of Mahalla in Gharbia Governorate", and it was found that he suffers from psychological disorders, and has previously been booked in several hospitals for psychiatric treatment.

The necessary report was issued on the incident in the first Muntazah Police Department, and the Public Prosecution began the investigation.