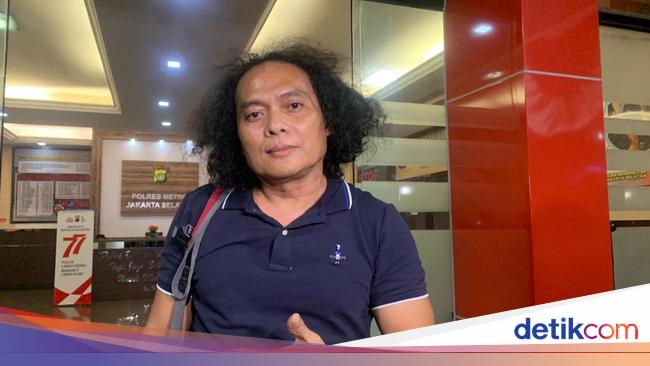 Deolipa Yumara Police on charges of blasphemy chat ask Angel Lelga 'return to your Lord'. Deolipa or who is familiarly called Olip responded casually to the report against him.

Deolipa Yumara doesn't want to worry about reporting against her. According to him, it's free if someone wants to report him.

Deolipa Yumara was reported by the Alliance of Indonesian Activists to the South Jakarta (South Jakarta) Metro Police, Friday (2/9) yesterday. The report on behalf of Endang Sunandar or known as Yonatan Nandar was registered with the number LP/2089/IX/2022/RJS.

"On the occasion of this happy afternoon, I report Deolipa Yumara on allegations of abuse of religious blasphemy, hate speech containing SARA as regulated in Article 156a of the Criminal Code in conjunction with Article 28 paragraph 2 in conjunction with Article 45 paragraph 2 of Law No. 19 of 2016 concerning the ITE Law," said Yonatan Nandar to reporters at the Jakarta Metro Police. South, Friday (2/9).

He said that Deolipa's alleged blasphemy was related to Deolipa's chat with Angel Lelga. Jonathan said reporting Deolipa was not to defend anyone, but to defend his religion.

"So this is the chronology, huh. So I'm not defending anyone in this case. I as a Muslim defend my religion. Why? One of my sisters, namely Angel Lelga, said in a media - I don't know in which media--she (Deolipa) said this, 'Angel Lelga, repent, return to your original God, don't betray your God'. In other narrations even the name of the God is mentioned," he said.

Read more on the next page.

Also check out 'Angel Lelga is Policed ​​as a result of Unloading the Contents of Deolipa's Chat about Allegations of Insulting Religion':