Eight police officers killed during attack with explosives in Colombia 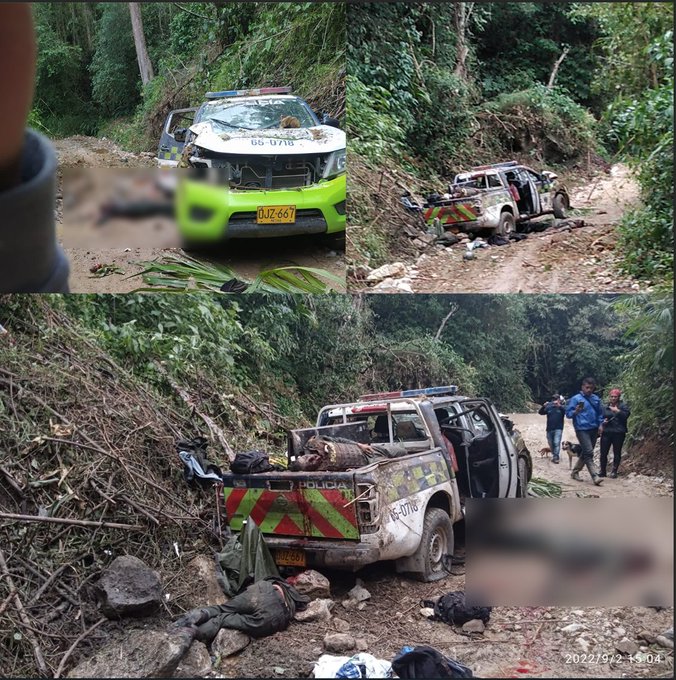 Two mayors, two patrolmen and four auxiliaries were in the vehicle, authorities said.

Eight uniformed officers attached to the police station of the San Luis township, a rural area of ​​Neiva in Colombia, were victims of an attack with explosives. The officials were participating in a social welfare activity at the Menev Command.

“On 09/02/22, at 2:30 p.m., an explosive device (to be established) was activated in the village of Corozal at the passage of an institutional truck carrying eight (8) uniformed officers attached to the San Luis Police Commission. ”, reported the police.

"In this rural area there is a sporadic presence of the Ismael Ruíz front and the Dagoberto Ramos mobile column, which, so far, according to the background information, have only carried out criminal actions (homicide and extortion)," the institution added in preliminary information. .

The director of the Police, Henry Sanabria, has already left for the scene of the events and in the next few hours he would make a statement.

Once the news was known, the president of the Senate, Roy Barreras, spoke on his Twitter account and insisted that the attack is the product of drug trafficking, which "kills humble public servants."

“I painfully reject the cowardly murder of 8 police officers in the rural area of ​​Neiva. They kill them in ambush. Damn drug trafficking kills humble public servants. Mourning in their families and in the Colombian family. Those who do not stop killing deserve only the strongest response from the State”, he pointed out.