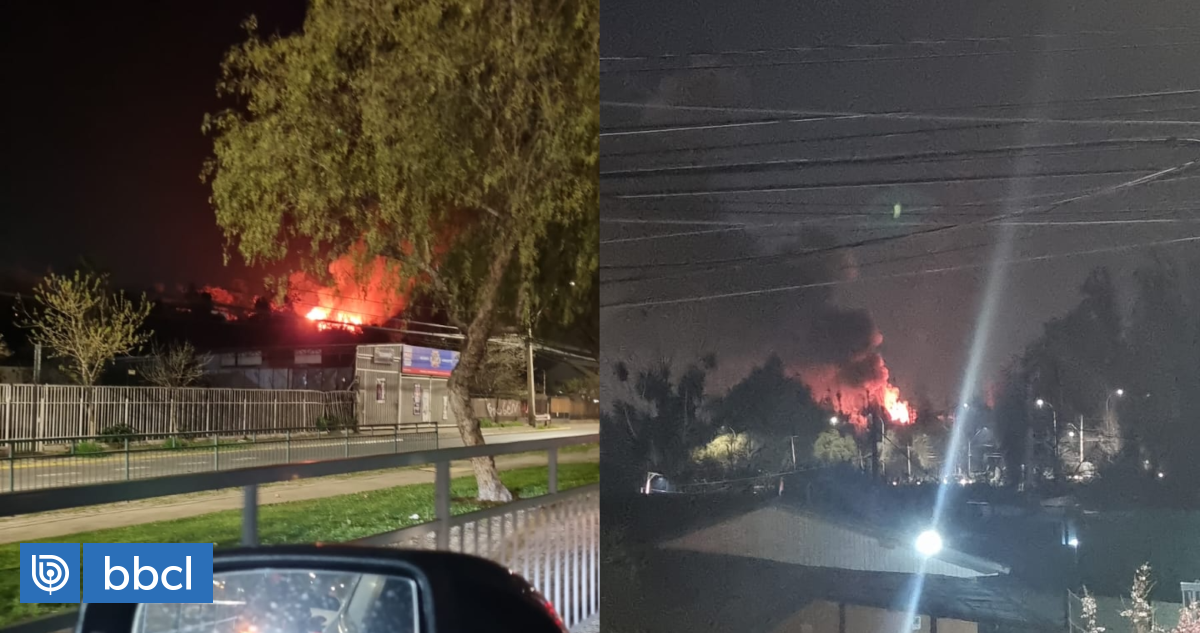 Firefighters controlled this Friday night the fire that affects dependencies of the El Peral de Puente Alto psychiatric hospital, which did not affect patients or officials of the health facility.

The fire would have mainly affected warehouses in disuse, without affecting pavilions or areas where people transit.

“The fire is currently controlled, there was no spread to other facilities, because the hospital is somewhat distant, There was also no evacuation of the patients. At the moment people are injured,” said Carabineros commander Claudio Pávez.

In addition, Pávez indicated that it was preliminarily reported that the fire could have been intentional, since neighbors warned about the presence of a dozen people in the place moments before the fire.

"However, based on preliminary information, witnesses would link a group of 10 to 15 subjects who would have been moments before, but at the moment there are no detainees," he added.

(20.20) ATTENTION: Fire in the premises of the El Peral Psychiatric Hospital, does not affect vehicular traffic through Camilo Henríquez/El Peñón and surroundings. Drive normally, do not slow down, avoid photographing or recording, pay attention to driving #High Bridge https://t.co/SceQND9Hox

In addition, the Minister of Health, Begoña Yarza, also referred to the fire, regretting the situation, but emphasizing that neither officials nor patients were affected.

“We regret the fire that occurred in the El Peral Hospital, the important thing is that there are no compromised officials or patients, since the affected part of the health center is an abandoned place on the premises. We will investigate the facts”, indicated the minister.

We regret the fire that occurred in the El Peral Hospital, the important thing is that there are no compromised officials or patients, since the affected part of the health center is an abandoned place on the premises. We will investigate the facts.