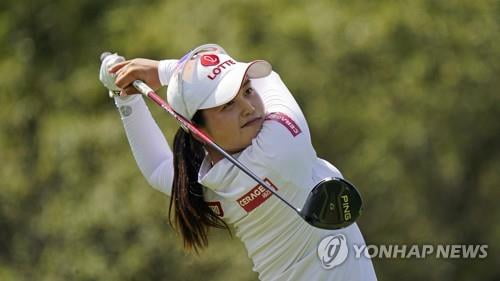 Hyejin Choi (23) came down to tied for 4th in the second round of the US Women's Professional Golf (LPGA) Tour Dana Open (total prize of $1.75 million).

Hyejin Choi hit a 1-under 70 in the second game of the tournament at the Highland Meadows Golf Club (par 71) in Sylvania, Ohio, USA on the 3rd (Korean time).

The lead was taken by 20-year-old rookie Lucy Lee (USA) with 7 birdies.

Lee entered the third round with a 10-under par 132, three strokes ahead of Choi Hye-jin.

Hyejin Choi could only get 2 birdies and 1 bogey.

Unlike the day before, Putt did not listen.

The number of putts increased from 25 in the first round to 32 in the second round.

Hyejin Choi said, "It was a very difficult round overall.

The shot shook in the middle.

It's a pity that I couldn't save when the crisis came."

The last tournament (where we were runner-up) was also disappointing, so I will do my best and work hard until I take off my gloves.”


Lee, who was famous as a 'genius girl' from a young age, including advancing to the round of 64 of the US Amateur Public Links Championship at the age of 10 and participating in the US Open final at the age of 11. have.

Lee showed potential as he tied for 9th at the CP Open.

Carlotta Shiganda (Spain) and Lin Luning (China), who were joint leaders with Hyejin Choi the day before, decreased by two strokes each and finished the second round with a tie for second place (8-under 134 strokes).

Defending champion Nasa Hataoka (Japan) hit 5-under 66 to join the group in tied for fourth place.