It culminates at 205 m. The new Roche Tower is the tallest in the country. 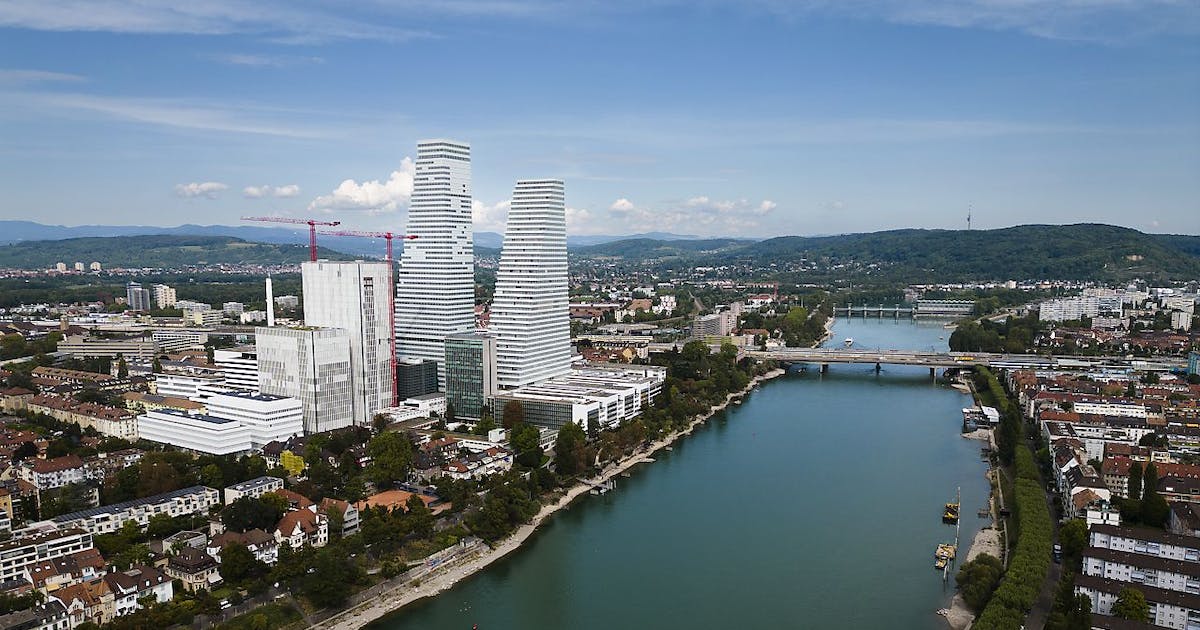 Seven years after the opening of its first tower in Basel, the pharma group Roche inaugurated its almost twin sister on Friday. This new building, however, dominates the first by nearly 30 meters. Culminating at 205 meters, it in turn becomes the highest in Switzerland.

“Its design emphasizes exchange and collaboration, essential conditions for fostering creativity and innovation,” said Severin Schwan, CEO of Roche to the media gathered on site. The “Building 2” tower cost the group 550 million francs.

Mr. Schwan and Christoph Franz, Chairman of the Board of Directors of the Basel group, took the opportunity to make urgent appeals to the President of the Confederation, Ignazio Cassis, present at the inauguration. They ask him to ensure the sustainability of the Swiss research site.

Mr. Franz notably expressed his concerns about the exclusion of Switzerland from the European Horizon research programme, the delay in the digitization of the health system and the trends towards the weakening of patent protection.

Mr. Cassis did not try to embellish the question of Horizon Europe: "this is where the shoe pinches", he admitted. But he returned the ball to the court of the European Union, which uses the exclusion of the research program as a means of pressure to push Switzerland to make concessions. Regarding the importance of research and development, the President of the Confederation assured that Roche's appeal finds an attentive ear with the Federal Council.

Faced with these discussions, the inauguration has almost been relegated to the background. The new construction has 50 floors over more than 83,000 square meters and will accommodate nearly 3,200 employees. The "building 1" tower, inaugurated in autumn 2015, reaches a height of 178 meters. Then dethroning the Prime Tower of Zurich (126m), it was until then the highest habitable tower in Switzerland.

The Basel-based pharmaceutical giant is also continuing with the construction of the new research and development center. The latter should be inaugurated in the fall of 2024 at a cost of 1.2 billion.