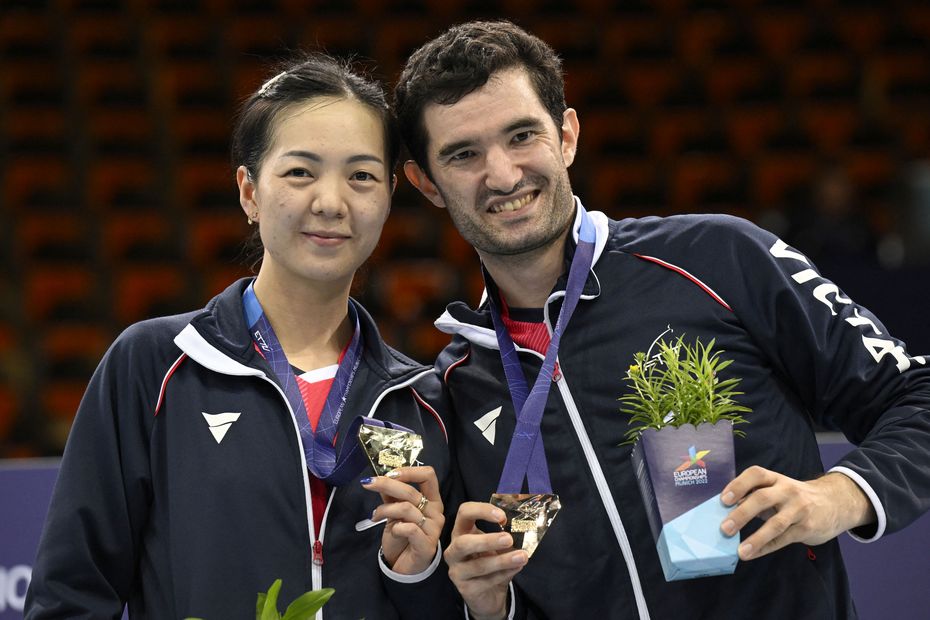 This Monday, August 15, 2022, the member of Poitiers TTACC 86 and the Niortais were crowned European champions in mixed doubles in Munich. They won in the final against the formidable Romanian duo Ionescu-Szocs.

After three years as a team, the duo Jianan Yuan and Emmanuel Lebesson won their first continental gold medal in mixed doubles, against the Romanian duo Ovidiu Ionescu-Bernadette Szocs (3-1).

A consecration for the world number three, member of Poitiers TTACC 86 for one and table tennis player from Niort for the other, since in 2020, they had to settle for the bronze medal in Warsaw.

The battle was not easy for the duo. The first set escaped them (8-11), but they then won the next three (11-6; 11-5; 11-9) with a very tight final set. A false start assumed by Emmanuel Lebesson. "Jianan had a very good first set, I was a little more inside. I think that tonight I can thank Patrick Chila for having found the words to get back into it", explains the table tennis player from Niort. Then the advance taken by the French duo allows them to "to release" their game and take advantage of opportunities.

Emmanuel Lebesson wins his second European title here, after his singles victory in 2016, and his 4e continental medal, after bronze in 2006 in men's doubles with Damien Eloi.

For her part, the member of Poitiers TTACC 86 expresses her pride in representing France. And the competition is not over for the new European champions: the singles are yet to come and Emmanuel Lebesson is also involved in men's doubles with Simon Gauzy.

“I am very happy to win this title, we are playing better and better”, says Jianan Yuan. This victory looks promising for the next big competition that awaits the pair, the 2024 Olympics in Paris. The two table tennis players, trained by Patrick Chila, had obtained a 4e place at the Tokyo Olympics.