News 24 | Among them is a citizen.. The arrest of a gang robbery of homes to steal jewelry and electronic devices in Riyadh 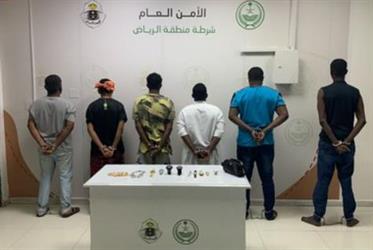 Riyadh Police announced the arrest of a gang of 8 people who committed criminal incidents, including burglary of homes, and the looting of jewelry, electronic devices and collectibles.

The police indicated that the accused, 5 residents of Yemeni nationality, a resident of Burkina Faso, a Burundian woman who violated the residency system and absent from work, and a female citizen.

She confirmed that the role of the two women was to dispose of the stolen items through the outlets, noting that part of the stolen items were recovered, and they were arrested, and legal measures were taken against them, and referred them to the Public Prosecution.