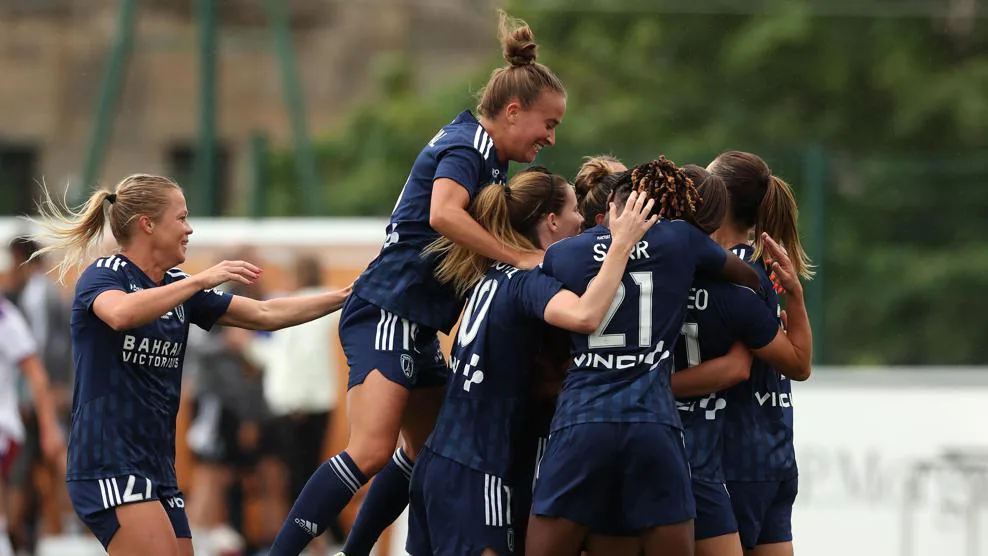 The Parisiennes are opposed to the Italians in Glasgow, as part of the final of Round 1 of qualification for the Champions League. Imperative victory to join PSG in the 2nd round.

After its great success in the semi-final against Servette FC Chênois (3-0) at Petershill Park in Glasgow on Thursday, Paris FC faces AS Roma in the final of Round 1 of qualification for the Champions League this Sunday at 7 p.m. .

To get rid of the Italians, second in their national championship behind Juventus Turin, the Parisians can count on a Clara Matéo in great shape. Thursday, the one who shone during the last Euro with the Blues clearly weighed in the success of her team by signing a double.

If successful this Sunday evening, Paris FC, like three other teams, will qualify for the second qualifying round. Round to which are already invited six formations ranked second in one of the six major European Championships, namely Paris Saint-Germain, Bayern Munich, Arsenal, Sparta Prague, Real Sociedad and Häcken.

The draw for the five duels of the 2nd qualifying round will be made on September 1 at 1 p.m. The 2nd qualifying round is played in a home and away match (first leg: Tuesday 20 and Wednesday 21 September; return leg: Tuesday 27 and Wednesday 28 September 2022). The five winners are qualified for the group stage of the Champions League, which will bring together sixteen teams. Including Olympique Lyonnais, defending champion.

The four finals of Round 1 of qualification, "way of the Leagues"