Russia-Ukraine: When Latvian people of Russian descent have to choose between their origins and their loyalty to the nation - BBC News Thai 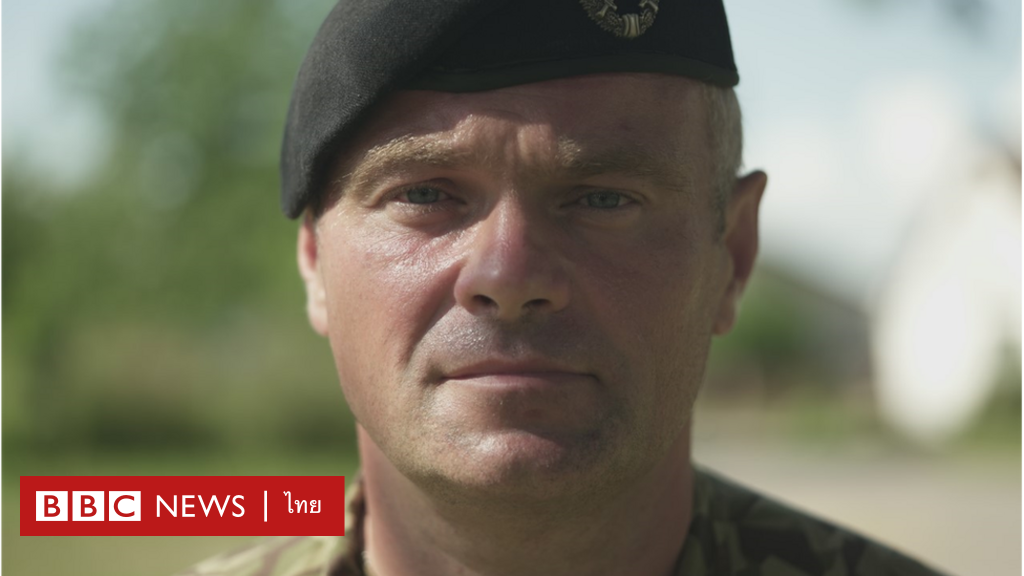 “I grew up speaking Russian. I have Russian descent But I don't see myself as related to Russia. Or the Russians,” said Major Anatoly Derjukin, a soldier in the Latvian Army.

Major Anatoli, 43, is one of more than a third of Latvians who use Russian as their first language. But Russia's war of invasion of Ukraine has left the Latvian people under social pressure to prove their loyalty to the country.

Major Anatoli was born and raised in Latvia. He spent half of his life serving as a soldier in the Latvian Army. His mother is a Russian-speaking Latvian. The father is from eastern Ukraine.

If Major Anatoly had to fight to protect his homeland He will also fight for Latvia. Even though the enemy was a Russian-speaking person like him.

“If a thief or a murderer enters your house no matter what descent he has speak russian or not You probably don't care where he came from. Because he is no longer your brother or compatriot,” Major Anatoly explained.

But most Russian-speaking groups in Latvia Often lives by absorbing information from the official Russian television channels. Because the domestic media does not offer Russian-language content. This has led many of these people to have a view of the world as presented through the concept of a unified Russian empire. with the Russian government as the center

Before the collapse of the Soviet Union in 1991, Russian and Ukrainian families were sent to Latvia. According to the forced migration of workers Other Russian-speaking Latvians are descendants of Russians who settled in Latvia hundreds of years ago. while some are native to Belarus. or have Jewish ancestors

Latvian leaders and other leaders have long been concerned about President Vladimir Putin's plans for the Baltic states.

The Russian leader's attempt to legitimize the invasion of Ukraine on the grounds of defending and liberating Russian-speaking Ukrainians in the Donbas region. This led Latvia to fear that Mr Putin might also use this pretext to invade Latvia.

The North Atlantic Treaty Organization, or NATO, has dealt with this by doubling the number of troops in Latvia. And there are plans to send more troops to be stationed as well. While the Latvian government is considering military conscription to strengthen the army

At the same time, the authorities have banned the dissemination of information by Russian media. It also threatened criminal charges against those who openly supported Russia's war.

The monument, once seen as a tribute to the former Soviet Union, has been dismantled. And citizens are not allowed to hold Russian citizenship with Latvian citizenship.

Today, the life of a Russian citizen in Latvia is getting harder and harder. After President Egils Lewis said he would revoke his right to stay in Latvia against those supporting Russia's war.

Major Anatoly said: "One person's patriotism and defense of the country has nothing to do with the language you speak."

He is currently the commander of the Latvian 34th Infantry Battalion located in the east near the Belarusian border.

In this area, about 90% of the population has Russian as their mother tongue. as well as the soldiers under Major Anatoly

for the Latvian authorities Citizen loyalty in a country is no less important than a tank. and the soldiers who acted as the fence of the nation As a result, the question was raised in secret as to who the Latvians of Russian descent would believe more. between Latvian and Western leaders or Russian propaganda which in the past Latvia has allowed Russian media to publish information in the country for 30 years.

Since the war in Ukraine erupted, Latvian polling company SKDS has been monitoring the opinions of the Russian-speaking population. In March, 22 percent of the group supported Ukraine, but in June this figure rose to 40 percent.

It seems that the ban on Russian media from publishing propaganda in the country will help to change the attitude of people in Latvia somewhat. At the same time, there was a major change in the attitude of politicians here as well.

Before 2017, the socialist-democratic Harmony party Represent the interests of the Russian minority here. It is also seen as pro-Russian and has close ties to President Putin's United Russia party.

But when the war broke out in Ukraine The Harmony party has condemned the Russian aggression, with party MP Boris Silevichs saying the war has dazzled him with the ideology of the Russian government's proliferation. that today's Russia is no different from Nazi Germany And the only chance to bring it back to normal is a military defeat of Russia.

Mr. Silewiz's parents were teachers of the Russian language. Therefore, literature and culture were important to everyone in his family. But since the Russian invasion of Ukraine He admits that it is difficult to love his own Russian.

“The invasion of Ukraine destroyed all Russian values. and poisoning everything related to Russia,” he said.

“But for many Russian speakers in Latvia, Russian identity is very important. for many It is very difficult to recognize Russia as an aggressor. to the point of freaking out,” Mr Cilewiss said.

Alexander, 19, was arrested after waving the Russian flag and giving a speech in front of the Soviet War Memorial in Riga on May 10.

He attended the Victory Day celebrations that the Russian army had over the Nazis during World War II, an event held without permission from the Latvian authorities. It is forbidden to hold events of this nature because it is seen as an event that glorifies Russia. This resulted in protests from people of Russian descent such as Alexander.

Latvian police viewed his actions as an expression of support for Russia's war of aggression in Ukraine. But Alexander and his family did not think so.

The 19-year-old has been charged with glorifying genocide and war crimes. The trial is currently underway. The maximum penalty is 5 years imprisonment.

For many Russian-speaking Latvians Victory Day is an important day. Although they condemned the Russian invasion of Ukraine. and sees himself as a patriotic Latvian

But the more they felt they were being pressured to give up their Russian identity to show their loyalty to the West. It was even more divisive in Latvian society.

but at the same time The Latvian government believes it must be prepared to face the risk that its bigger neighbor Russia will invade the way it did against Ukraine.