Shandy Aulia's style shows off a photo in the sauna, her body is in the spotlight 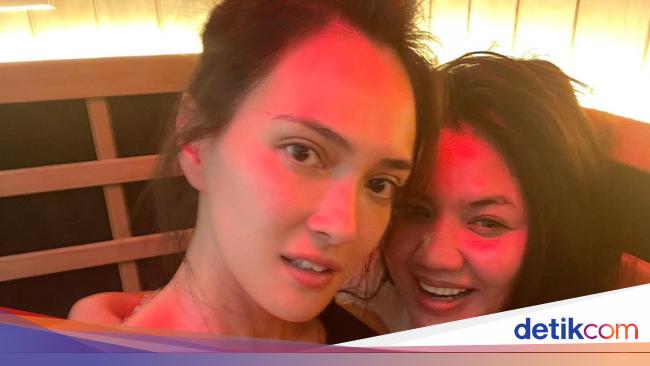 Shandy Aulia has recently returned to the spotlight because of an upload on her Instagram. Not a few netizens are busy highlighting his body shape.

In one of her latest uploads on Instagram, the 35-year-old actress seemed to show off her moment when she was in the sauna with one of her colleagues. In the 3 photos uploaded simultaneously, Shandy is seen wearing a black shirt.

Shandy Aulia's face looks naturally beautiful without any makeup. Her hair is braided and slightly messy.

Almost all parts of his body wrapped in plastic wrap. The body shape of the mother of one child became more clearly visible.

Shandy's upload was immediately flooded with various netizen comments. Most seemed to highlight his body.

"How come I'm so skinny now," commented one netizen.

"Even though I'm already skinny - but I still do that, so I just want to exercise, I'm lazy," wrote another comment.

Recently, Shandy Aulia is known to be busy filming a stripping soap opera titled Cinta 2 Choice. The moment he was filming was often shared by Shandy to his Instagram account.