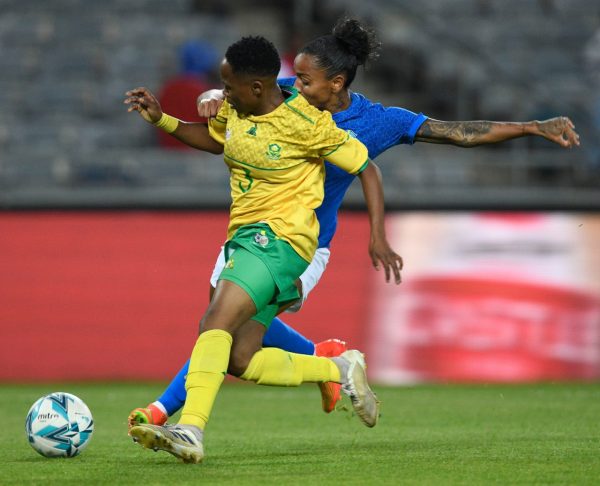 The South African women's national team logically lost against that of Brazil. It was this Friday evening during an international friendly match.

Unsurprisingly, Brazil were the most dominant team, having monopolized possession at the Orlando Stadium in South Africa. The Banyana Banyana were engulfed in a meeting well above their level, even if they held almost during the first 40 minutes.

First, Geyse opened the scoring in the 43rd minute, then Adriana in the 45th. In the second half, the Brazilians were less effective than before the break. Tamires tripled the visitors' lead three minutes after the hour mark. The rest of the game was quite encouraging as the Banyana Banyana held on defensively until the end of the game.

The two teams will play a second friendly match at the Moses Mabhida stadium on Monday, September 5, two days from now.