Stop coughing and help take care of your body... The health benefits of pears 5 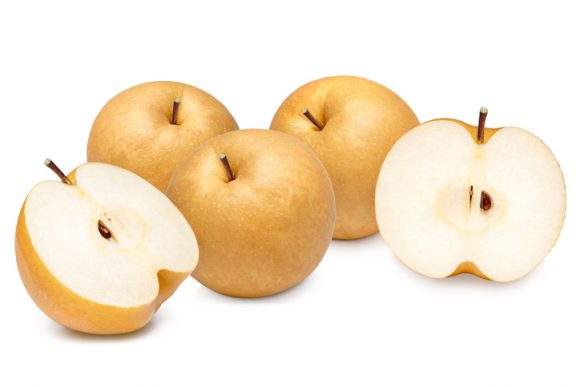 Pear is a fruit with a refreshing and sweet taste. Pears, which are rich in vitamin C, contain more potassium than apples. It is good for obese people due to its low calorie content, and the pectin component lowers blood cholesterol levels and facilitates bowel movements when constipation occurs due to lack of water. A pear that has been in season since September should have a tight, heavy shell and no wounds. Based on data from the US health and medical media 'health.com', we will look into the health effects of pears.

Pears are rich in vitamin C, which helps relieve fatigue and strengthen immunity. There are many vitamin K groups that promote healthy bones and B vitamins that promote metabolism. It also contains potassium and magnesium, which are essential minerals for our body.

Reduce the risk of diabetes

Pears and apples reduce the risk of diabetes. This is because they are rich in fiber, which helps lower blood sugar levels. Studies have shown that eating an apple or pear each week lowers your risk of diabetes by 3%.

Pears help to stop coughing and thirst and reduce fever. Luteolin contained in pears is effective in preventing respiratory diseases such as cough, asthma, and bronchitis. Pears are rich in moisture, sugar, and aspartic acid, which is good for relieving fatigue and hangovers. It has a lot of immune function active substances such as polyphenols, so it lowers blood pressure and has an effect on skin whitening.

One medium-sized pear has only 100 calories. However, if you eat it, your stomach will be full and you will feel full for a long time, which helps you lose weight. Researchers at the University of Rio de Janeiro in Brazil divided the women into three groups and gave one group three apples daily, the other three pears, and the other three low-fat oat cookies. The rest of the meal was the same. After 12 weeks, women who ate apples or pears lost 1 kg. I was able to lose weight without any other effort, such as exercise.