The end of the Cold War Gorbachev's funeral today... In the New Cold War Era 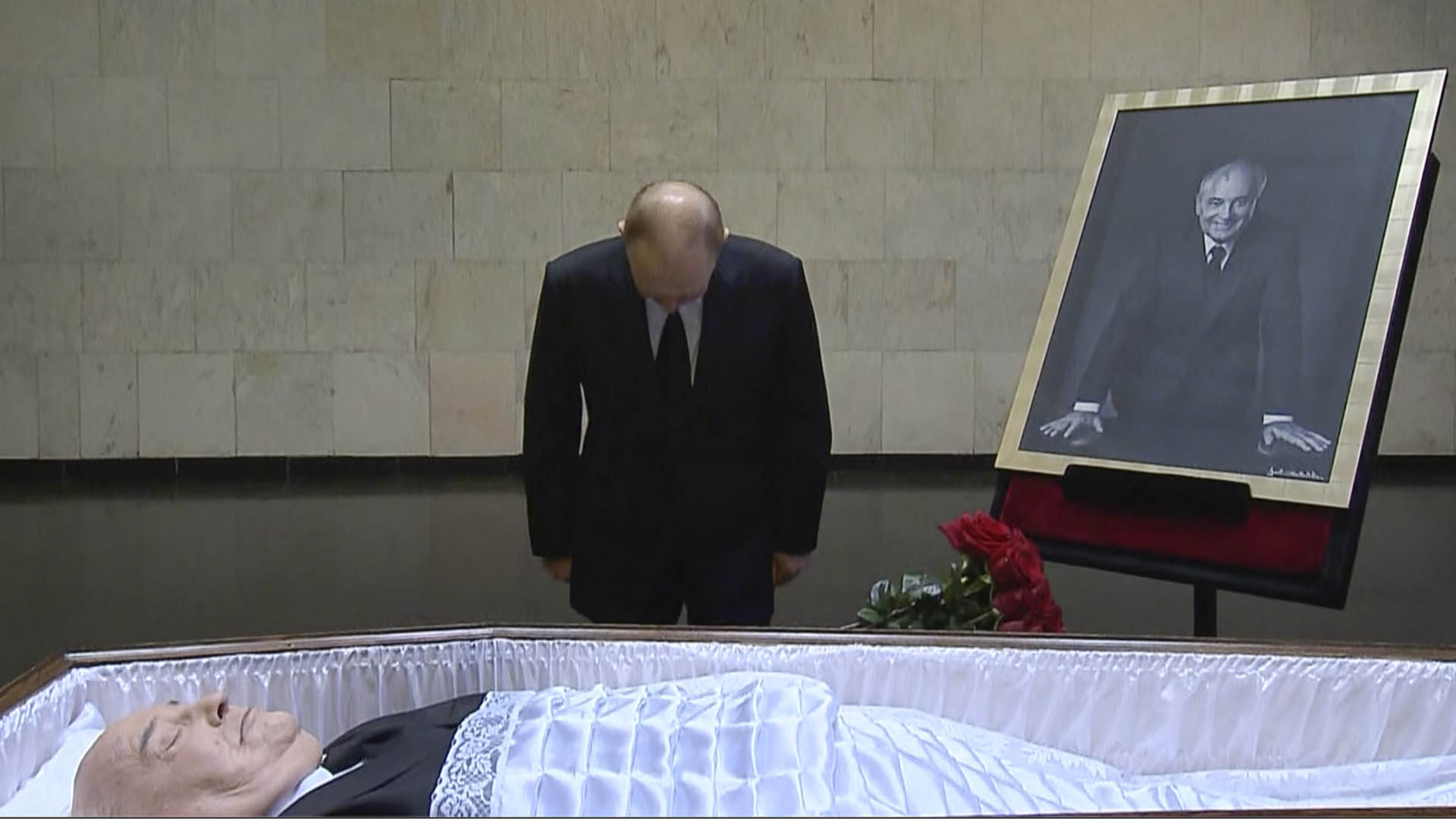 The funeral of former President Mikhail Gorbachev, who passed away on the 30th of last month at the age of 91, will be held in Moscow today (3rd).

He, who contributed to the end of the Cold War and led the dissolution of the Soviet Union through reform and opening up, passes away next to his wife, who died first.

This is reporter Kim Ji-sun.


The funeral of former Soviet President Mikhail Gorbachev, who led to the end of the East-West Cold War, will be held on the 3rd local time.

He passed away on the 30th of last month at the age of 91 after a long battle with diabetes and heart disease.

The funeral will be held in the Hall of the Columns of the 'House of Union', near the Bolshoi Theater in central Moscow.

Memorials of former Soviet political leaders such as Lenin, Stalin and Brezhnev were also held here.

The funeral will be open to the public to attend.

President Putin, who visited the hospital where his body was buried on the 1st, will not attend the funeral due to his work schedule.

The funeral was said to have included some elements of the coat of arms, including an honor guard, but not a full coat of arms.

The funeral of former President Boris Yeltsin, who died in 2007, was held as a national funeral, and then Prime Minister Putin made the date of his death a national holiday.

Earlier, Putin said in a statement through the Kremlin that Gorbachev was "a politician who had a huge impact on world history."

However, President Putin often expressed his sympathy for the Soviet Union's past, which divided the world order during the Cold War to such an extent that he referred to the collapse of the Soviet Union as "the greatest geopolitical catastrophe of the 20th century."

In a speech to the public just before the invasion of Ukraine, he criticized "the myth of Ukrainian independence" was reinforced by former President Gorbachev.


Criticism of former President Gorbachev, who ended the Cold War era by leading reform and opening in the Soviet Union, is still criticized within Russia as a traitor who brought the collapse of the Soviet Union.

After the funeral, the body of the deceased is buried next to his wife Laisa in the Novodevich Cemetery.