"The Florida campus is useful for the neighborhood," says Urbanism 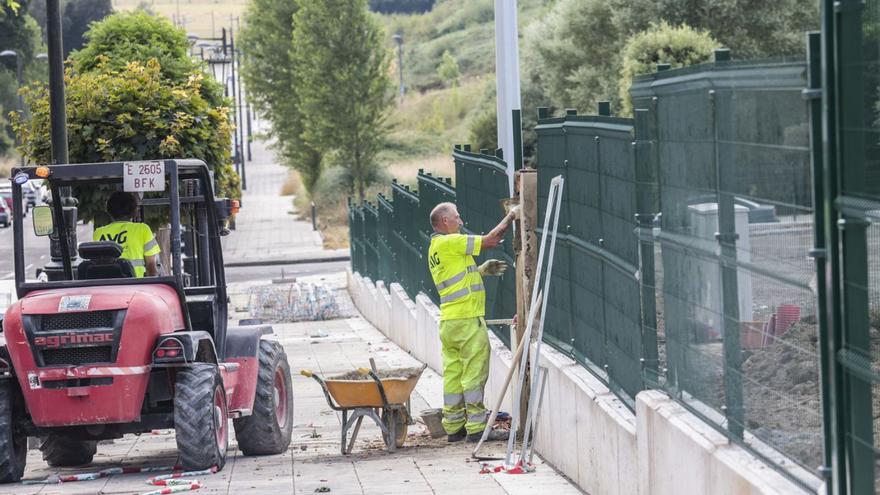 "We are scrupulously complying with the planning, the works of the La Florida site will be received shortly to immediately put them at the service of the neighbors." The Councilor for Infrastructure, Nacho Cuesta, downplayed the report of the Principality of Asturias Town Planning and Planning Commission (CUOTA) in which the fit of the new multipurpose space in La Florida into the PGO is questioned and assured that the project was designed "basically to provide an essential utility to the neighborhood itself".

Cuesta defends that the investment complies with the planning conditions according to which the plot located between Navia and Muros del Nalón streets must be used for Local Services, that is, that they represent a direct utility for the residents of the neighborhood.

The regional report suggests that the City Council either justify the local utility of the site, or review the planning to change the use of the plot to avoid legal problems over the use of a facility whose construction is about to end in which the City Council invested one million of euros.

For his part, the socialist spokesman, Wenceslao López, urged Canteli this Saturday to dismiss the mayor of urban planning and the general director of this department, for promoting the construction of a facility "out of order and, therefore, illegal". , accused the Mayor and Cuesta of "being a danger" for not even respecting municipal regulations.