The G7 caps the price of Russian oil, Moscow cuts the gas pipeline 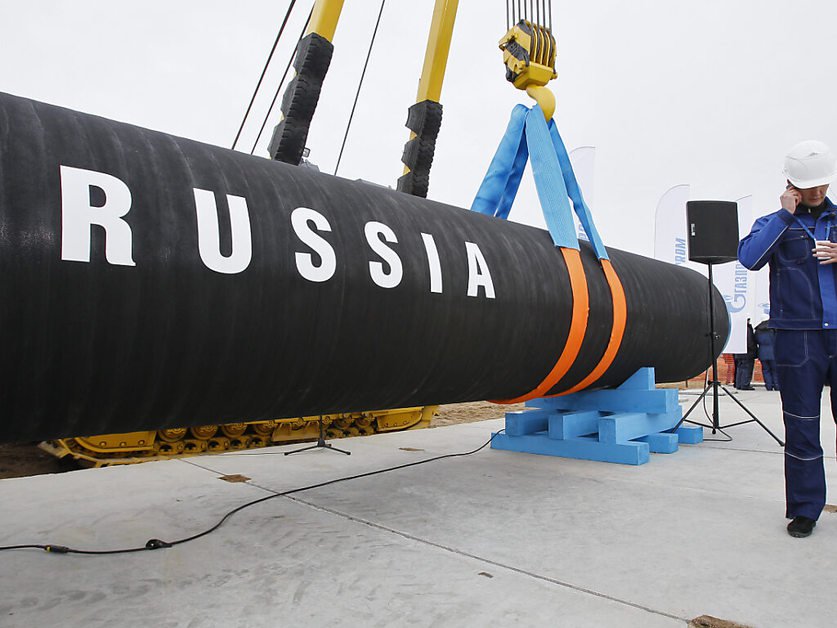 The G7 countries targeted Russia's energy windfall on Friday by agreeing to cap the price of its oil. In reaction Moscow made the Europeans tremble by announcing that the Nord Stream gas pipeline would be completely stopped until a turbine was repaired.

A “broad coalition” of G7 countries is invited to implement this decision, finalized on Friday during a virtual summit of finance ministers from the seven most industrialized countries.

"Today the G7 has taken a vital step towards achieving our dual goals of putting downward pressure on global energy prices while depriving (Vladimir) Putin of revenue to fund his brutal war. in Ukraine," immediately greeted US Treasury Secretary Janet Yellen.

Russia for its part, even before it was made official, denounced a "completely absurd" measure, then the Russian giant Gazprom announced that the Nord Stream gas pipeline, linking Russia to northern Germany, which was to resume service on Saturday after a another three-day interruption for maintenance operations, will finally be "completely" stopped until the repair of a turbine of this vital pipeline for the supply of Europeans.

In a press release, Gazprom said Friday evening that it had discovered "oil leaks" in the turbine during a technical inspection linked to this maintenance operation at a compressor station located in Russia. The Russian group reports a leak on "cables connected to speedometers of a rotor". He posted a photo on Telegram showing cables surrounded by a brownish liquid.

"Not a technical reason" sufficient

"Until the repair (...), the transport of gas via Nord Stream is completely suspended", indicated the group, without specifying how long this repair could last. But for the German turbine manufacturer Siemens Energy, an oil leak alone cannot justify, from a technical point of view, the stoppage of the gas pipeline.

"As a turbine manufacturer, we can affirm that such a finding does not constitute a technical reason to stop operations," Siemens Energy said in a statement, noting that in the past the occurrence of "this type of leak did not lead to the cessation of operations".

For the President of the European Council, Charles Michel, "this decision by Gazprom is obviously not surprising. But the use of the gas weapon will not undermine the Union's resolve. We are going to accelerate our efforts towards energy independence.

This rebound will accentuate the anxiety of Europeans, who are struggling to avoid an energy crisis this winter and accuse Moscow of using gas as a weapon to avenge Western sanctions after the Russian offensive in Ukraine. Earlier in the day, the Kremlin claimed only one turbine was operating there and that Nord Stream's business was "threatened" by a shortage of spare parts due to sanctions targeting Moscow.

Moscow claims in particular that these sanctions prevent the return of a Siemens turbine which had been sent to Canada for repair. Germany, where the turbine is located, ensures that it is Russia that is blocking the return of this key piece.

Since the beginning of the military intervention of the Kremlin in Ukraine, at the end of February, Russia has already stopped its supplies of gas, via other pipelines, to several countries of the European Union, such as Bulgaria and Poland.

And, in July, Gazprom had already carried out ten days of maintenance work on the Nord Stream gas pipeline which had then been restarted but with a further drop in deliveries. It now seems that fears of a total halt to Russian deliveries as winter approaches are being confirmed.

To compensate for the missing quantities, Europeans are trying to find other suppliers and reduce their consumption against a backdrop of skyrocketing gas prices on the markets and the specter of recession. A total cut off from Russian gas could cut French growth by one point, said the Minister of the Economy, Bruno Le Maire.

In Germany, activity is expected to contract in the second half, weighed down by the impact of soaring energy prices on the powerful industrial sector. In Europe's largest economy, however, the threat of a gas shortage this winter seems to be receding. The country is struggling to reduce its dependence on Russia, which still reached 55% of gas imports in February.

"The situation on the gas market is tense, but the security of supply is guaranteed," said a spokeswoman for the German Ministry of Economics.