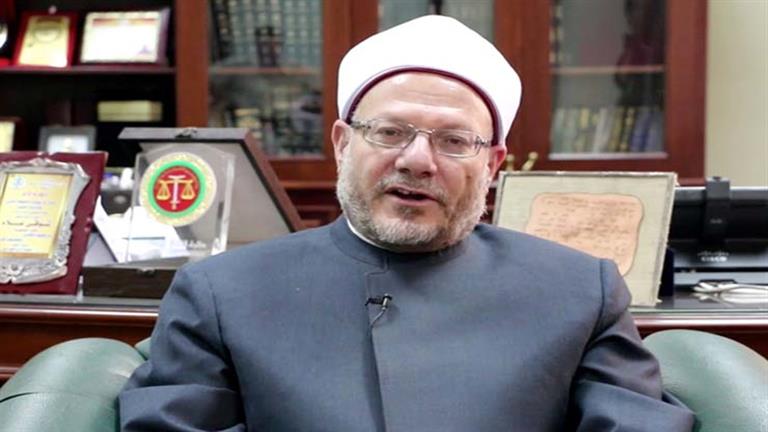 Dr. Shawki Allam, Mufti of the Republic, Head of the General Secretariat of Fatwas and Roles in the World, said that a happy family life should be built on tolerance, compassion, affection and cooperation, and that the treatment of kindness, benevolence and mercy between spouses should prevail in this sacred relationship until the manifestations of selfishness and self-love disappear in this sacred relationship. As well as not inciting battles, taking rights and evading duties.

He added, during his weekly meeting on the Nazra program with the journalist Hamdi Rizk on Sada Al-Balad channel, that violence within the family - as well as disobedience to parents - arises as a result of the absence of the moral system, but rather contradicts the purposes of this private life in its nature, as it is based on housing, affection and mercy; So that the woman is a residence for the man and the man is a residence for the woman; As in the Almighty saying:﴿ And from his signs to create for you from your souls, the wives of you to dwell on them and make between you a dedication and the mercy of you [الروم: 21].

The Grand Mufti of the Republic explained that dealing with divorce cases within the Dar al-Ifta is carried out according to an organized and disciplined method that goes through three stages; It begins with the trustee of the fatwa dealing with it. If a solution is not possible for the trustees of the fatwa, and there is a suspicion of its occurrence, it is referred to a specialized committee consisting of three scholars. If there is a suspicion that the divorce occurred, it is referred to him personally, and he may host the parties to the divorce incident in his office to ensure that the divorce occurred or to find a solution, and this is in order to preserve the family, which is the nucleus of society.

Concerning the confusion surrounding the ruling on a woman taking a financial return from her husband in exchange for his service and the service of their children, the Mufti of the Republic said: Whoever demands this does not read the Egyptian reality well; In most cases, the Egyptian wife supports her husband and her family in all aspects of life, and preserves the family entity, which is something that characterizes the Egyptian woman.

In response to questions regarding the wife’s salary and the husband’s position on it, the Mufti said: Despite the woman’s independent financial responsibility and freedom of action, This does not prevent a woman from supporting her husband and her home; Because this is considered a form of sacrifice and giving in which the family settles, and it is requested of it on the side of goodwill and altruism, seeking the reward of God Almighty for it. This is what Egyptian women have believed throughout the ages.

And about the ruling on the list of movables, he said: If the list is used in its correct place and is not used for abuse, it is not an ugly matter. Rather, it is a good matter that preserves the rights of the wife and does not harm the husband. contracts in general; Like the desirability of writing contracts, and the desirability of witnessing them.

He stressed that there is no legal impediment to the spouses agreeing on matters that each of them is bound by unless they conflict with the honorable Sharia, pointing to the necessity of giving precedence to the side of virtue, benevolence and altruism, and not to stand or be limited to claiming rights and duties only.