The James Webb Telescope unveils its first image of an exoplanet 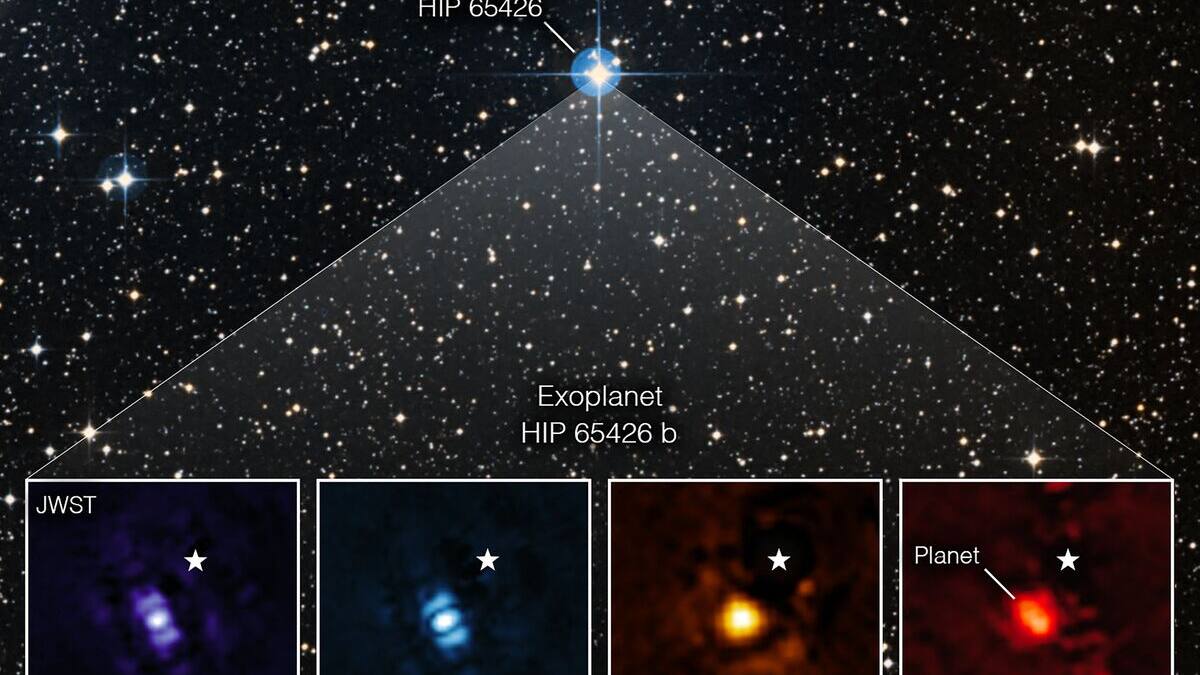 The James Webb Space Telescope has captured its first direct image of an exoplanet, that is, a planet outside our solar system, according to a NASA blog post on Thursday.

This planet is a gas giant, where life as we know it would be impossible.

"This is a turning point, not just for Webb but for astronomy, in general," enthused Sasha Hinkley, professor of astrophysics at the University of Exeter, quoted by the space agency American.

The exoplanet, which responds to the name of HIP 65426 b, is six to 12 times the mass of Jupiter, an estimate that the telescope should help refine.

Webb's image isn't our first glimpse of an exoplanet, but it's a good one! HIP 65426 b is one of the rare worlds discovered by direct imaging, seen below. @NASAWebb's view is a promise of things to come! Along with unprecedented science, we'll see worlds beyond our solar system! pic.twitter.com/w4c0Gld16t

Aged about 15 to 20 million years, it is young on the scale of the planets - especially if we compare it to the Earth and its some 4.5 billion years -, recalled NASA.

This is not the first time that a direct image of an exoplanet has been captured. The mythical Hubble space telescope, launched in 1990 and still in operation, had already done so.

But this image "shows the way forward for Webb's exploration of exoplanets," said NASA.

The fact that the James Webb Telescope managed to draw the portrait "raises the future possibilities of studies of distant worlds", continued the agency.

The image was published in four copies, each time with a different light filter.

The significant distance between this exoplanet and its star made it easier to differentiate them.

"Getting this image was like digging for space treasure," said Aarynn Carter, a researcher at the University of California, Santa Cruz, who worked on analyzing the shots.

At the end of August, he had detected for the first time the presence of CO2 in the atmosphere of an exoplanet, a discovery which had excited scientists for the continuation of his observations.