The junior team complains to the Lebanese referee, Maher Al-Ali, to the Arab Federation 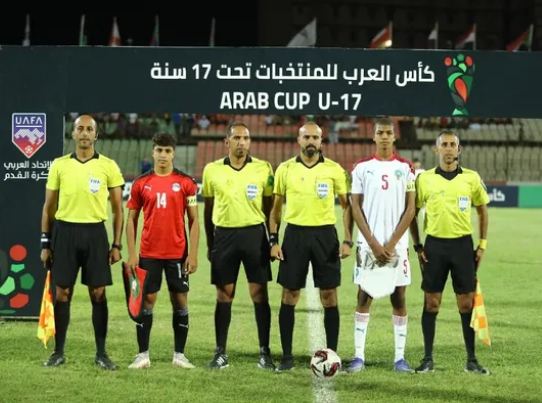 The delegation of the Egyptian junior national team, born in 2006, submitted an official complaint to the Arab Football Association and the Organizing Committee of the Arab Cup against the Lebanese referee, Maher Al-Ali, who managed the match between Egypt and Morocco in the Arab Cup quarter-final.

The complaint included that the decision to choose the Lebanese referee to manage the match was the right side, especially since the Egyptian team defeated Lebanon with nine clean goals in the first round, so the organizing committee and the referees committee of the Arab Federation were supposed to take into account this matter.