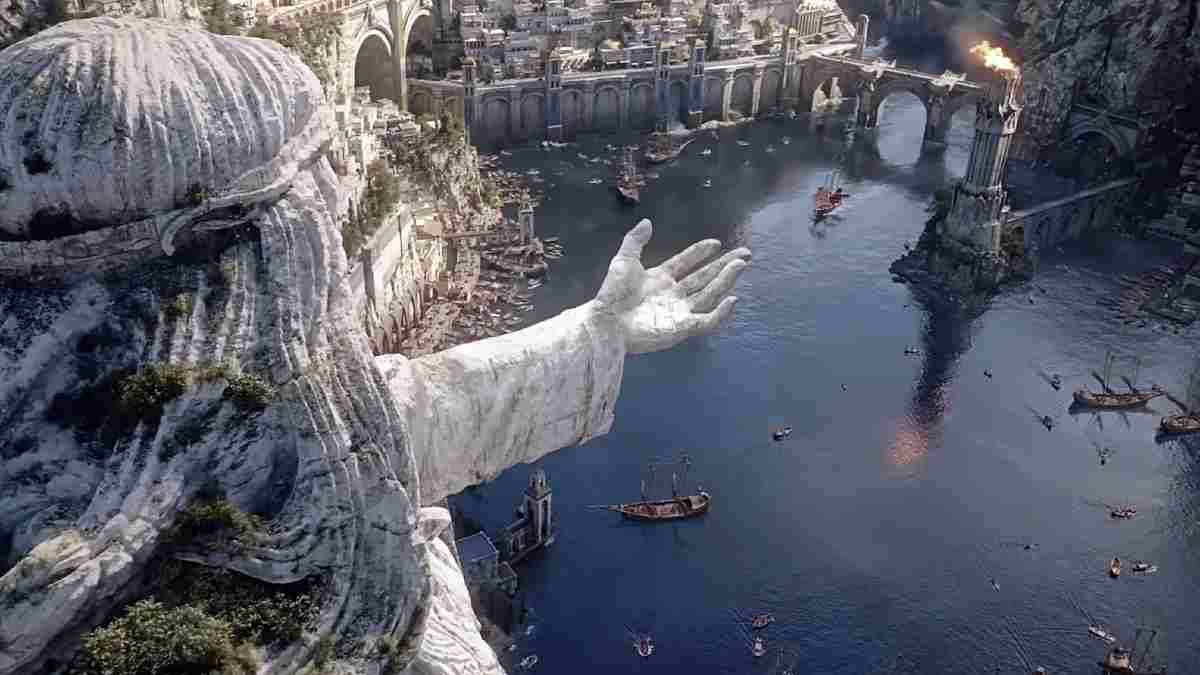 Amazon has officially provided the new series, The Lord of the Rings: The Rings of Power, for viewing in various countries around the world, through its Prime TV service, a competitor to Netflix, which comes within the benefits of subscribing to the Amazon Prime service. It follows the popular fantasy series The Lord of the Rings and takes place in the same universes, but with new characters in a new era and new legends thousands of years before the events of The Hobbit and The Lord of the Rings.

The Rings of Power series is produced by Amazon to compete with the series House of Dragons The successor to HBO's Game of Thrones, the series on which Amazon spent up to $1 billion to produce only the first season, including $250 million for the rights to the show only, illustrates Amazon's high hopes for the series.

When does the first season of The Rings of Power premiere?

How do you watch the series Rings of Power?

Amazon Prime subscribers can watch The Rings of Power now for free, a service that provides users with exclusive additional benefits in exchange for a monthly subscription, including discounts, special offers and free shipping on millions of products, in addition to a competing service for Netflix in the name of Prime TV and another service that provides Users have free games and exclusive features within the games themselves.

Amazon Prime: What is Amazon Prime? What are the benefits of subscribing to the service?

Do you need to watch The Lord of the Rings movies before watching the Rings of Power series?

According to Amazon, the viewer does not need to read the novels of the series or even watch the Lord of the Rings movie series before watching the new series, as the series revolves in a different time stage that precedes the story in films by thousands of years.

What is the story of the series Rings of Power?

The Rings of Power deals with the heroic legends of the legendary second era of Middle-earth history, an era that Amazon says brings viewers back to the legendary era when great powers were formed, kingdoms rose to glory, and others fell.

Is the series Rings of Power available with Arabic subtitles?

Amazon provides many translations of its new series, The Rings of Power, in various languages, including Arabic, and also provides the series dubbed in Arabic, allowing a wider group of people to watch the series.

The best science fiction series available to watch on Netflix

What is the number of episodes of the series Rings of Power?

What are the main characters in the series Rings of Power?

As for the main mythical characters in the new Amazon series, The Rings of Power, they include Gulladrill, Elrond, Arundier, Lord “Kiliprembor” and the supreme king “Gil Galad” from the world of the elves, in addition to the queen regent “Meriel” and lord “Elendil”, statesman Farazon and Irian, daughter of “Elendil”. Isildur and Kemen are Numenor, along with Bronwyn, Halbrand and Theo, Bronwyn's only son in the Southern Lands. The main characters also include Eleanor (Nori) Brandy Foot, Bobby Braudvelo, Nouri's father Largo Brandy Foot, Nouri's sympathetic father-in-law Marigold Brandy Foot and Sadock Hu The Harfoot Road Guide, as well as Prince Doreen IV and his wife, Princess Desa, are dwarves.