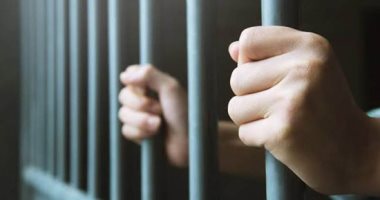 The detectives of the Giza Security Directorate discovered the motive behind the murder of a girl her friend inside an apartment in Talbieh, where the accused did not justify, during her confessions, the cause of the crime, and confirmed that there were no differences between her with the dead woman.

The detectives found an agenda and papers for the accused, in which she writes some thoughts that she feels, including that she is in a bad psychological state, because she feels disinterested by anyone, especially her mother, and the detectives also found thoughts that the accused recently wrote, to prove them Her desire to take revenge on her mother by killing her, for not caring about her.

The detectives looked at the victim's body, and it was found that her hair was cut, she was wearing all her clothes, and she was found on the floor of the apartment's bathroom, with a cut wound on the lower left leg, in addition to suffocation marks around the neck, and bruises on the face.

After the body was interviewed, it was transferred to the morgue in implementation of the decision of the Public Prosecution, which decided to autopsy it and authorize its burial.

After her arrest, the accused confessed with exciting details, and said in front of the detectives, that the victim is her friend and has been living in the apartment for a while, after the victim left her family’s home in one of the governorates, and while she was with her, the victim asked her for a massage session, so she decided to kill her..

The accused added in front of Lieutenant Colonel Muhammad Naguib, head of the investigations of the Talbiya Police Department, that she strangled her with a scarf, and was unable to dispose of the body, so she decided to cut it up and then dispose of it with the garbage, and tried to dismember it, but it failed to implement, so the body was transferred to the apartment bathroom, and informed the police that she committed suicide as she passed. She is in a psychological crisis, due to disagreements with her family.

The detectives found a wound on the victim's leg that the accused had made during an attempt to dismember the corpse, and the tools she had prepared for dismembering the corpse were also found. Collect it with the dead.

The detectives found a paper containing confessions of the accused confirming her intention to kill her mother, and her mobile phone was seized, and it was found that she photographed the victim after the crime was committed..

The Giza Security Directorate received a report stating that the body of a girl was found inside a rented apartment in Talbieh..

The detectives were able to arrest the accused, and a report was released about the incident, and the prosecution started the investigation.