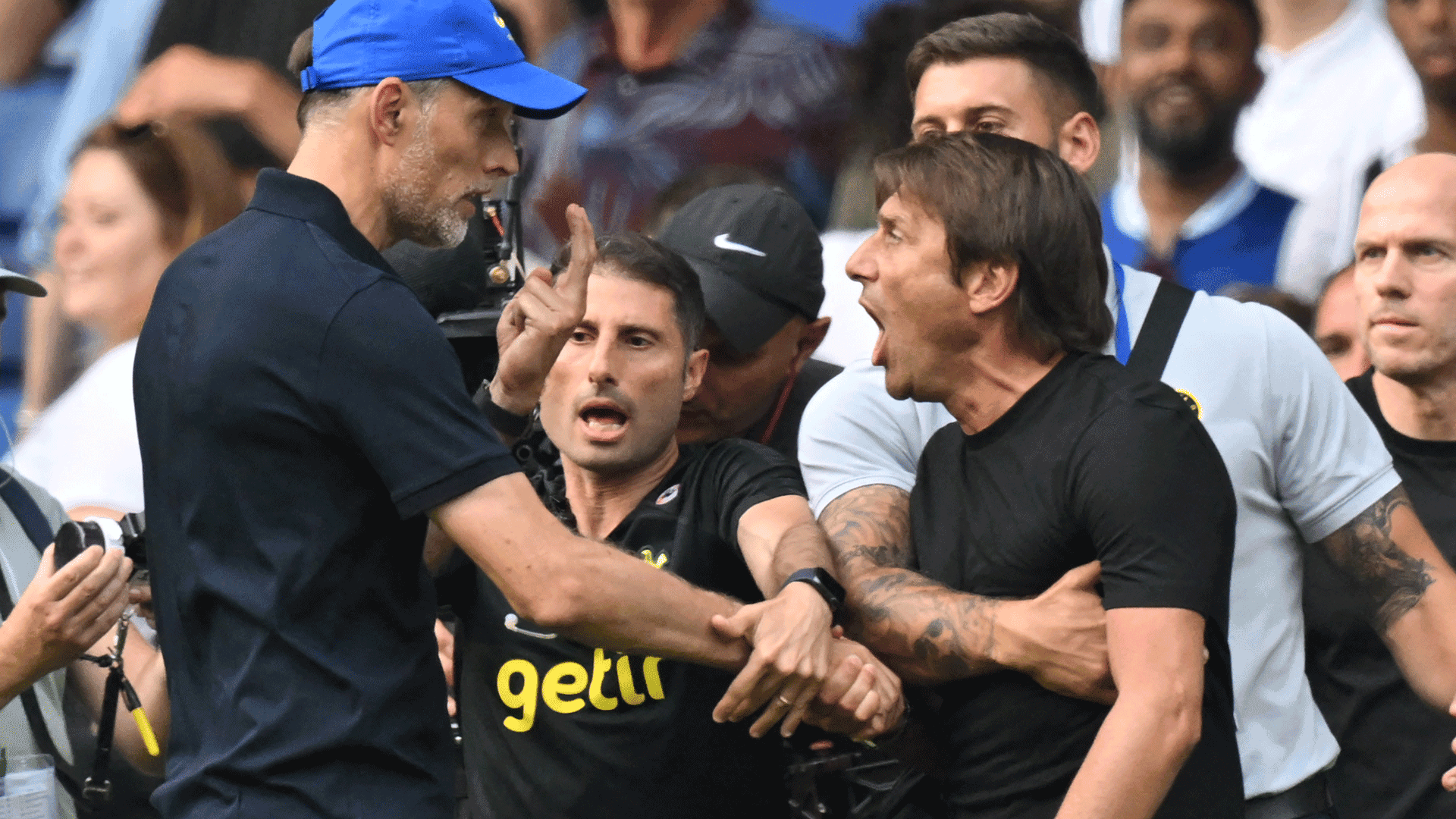 Thomas Tuchel and Antonio Conte have been fined by the Football Association (FA) for their conduct during the 2-2 draw between Chelsea and Tottenham last week. The Blues boss has also been banned for one game, though that punishment has been suspended for the time being.

The two managers clashed more than once during the London derby at Stamford Bridge on Sunday. Once on the touchline after Tottenham's first goal and then again when they shook hands after the match, resulting in both being shown red cards.

What have Tuchel and Conte been charged with?

The FA has handed out fines to the duo, though they may appeal against the punishments.

"An independent Regulatory Commission has today ordered that Thomas Tuchel be fined £35,000 and banned from the touchline for one match, and Antonio Conte be fined £15,000 after they respectively breached FA Rule E3," a statement read.

"Thomas Tuchel and Antonio Conte admitted that their behaviour after the final whistle of the Premier League game between Chelsea FC and Tottenham Hotspur FC on Sunday 14 August 2022 was improper, and both managers requested a paper hearing."

The statement added: "These sanctions are subject to appeal, and Thomas Tuchel’s one match touchline ban has been suspended temporarily pending the independent Regulatory Commission’s written reasons for its decisions that will be made available in due course."

What did Tuchel and Conte say about the incident?

Tuchel played down the significance of the incident after the match, saying in an interview with Sky Sports: "It's emotional, football. We don't need to heat it up.

"You have emotional coaches on the touchline and that's it. If we meet [later]we meet. If not, then not. Come on guys, it's between two competitors and nothing bad happened."

Conte then took to Instagram to joke about the tension between him and his Chelsea counterpart.

He posted an image of Tuchel running down the touchline
to celebrate his team's goal, adding:
“Lucky I didn’t see you… Making you trip over would have been well deserved.”