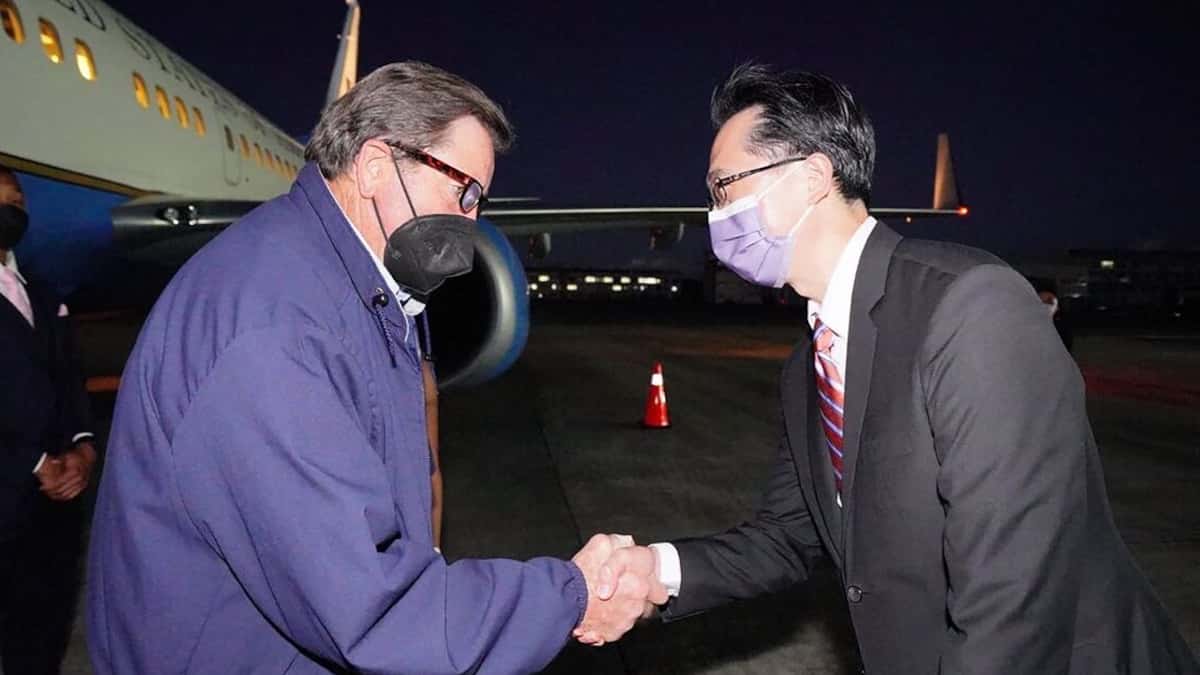 The United States announced on Friday a new round of arms sales to Taiwan, for a total of $1.1 billion, to which China, which considers the island part of its territory, immediately asked them to give up, threatening to take "countermeasures".

This new arms sale comes a month after a visit to Taiwan by Speaker of the House of Representatives Nancy Pelosi, which had provoked the fury of Beijing. China then launched the most important military maneuvers in its history around the island.

The US government approved the sale to Taipei for $355 million of 60 Harpoon missiles capable of sinking warships, 100 Sidewinder short-range missiles ($85.6 million), capable of intercepting missiles or drones, and a $665 million maintenance contract for Taiwan's radar system, the State Department said in a statement.

These transactions "serve the economic and national security interests of the United States by supporting the efforts (of Taiwan) to modernize its armed forces", underlined the American diplomacy via a spokesperson.

Beijing immediately demanded that Washington renounce these transactions, declaring itself "firmly opposed", through the voice of the spokesperson for the Chinese Embassy in Washington, Liu Pengyu.

China calls on the US to 'immediately revoke' arms sales to Taiwan, 'lest it further affect relations with the US, as well as peace and stability in the Taiwan Strait added the spokesperson in a statement.

"China will resolutely take legitimate and necessary countermeasures in view of the situation," he said.

Since 2010, the United States has notified Congress of more than $35 billion in arms sales to Taiwan, said a spokesperson for the State Department, which approved those deals.

To materialize, these sales must receive the approval of Congress, which is almost certain, military support for Taiwan enjoying broad support among elected officials on both sides.

These arms sales are "essential to Taiwan's security and we will continue to work with the defense industry to support this goal," the State Department spokesperson added.

“We call on Beijing to end its military, diplomatic and economic pressure on Taiwan and instead engage in dialogue” with Taipei, he continued.

"The United States continues to support a peaceful resolution of the matter, in accordance with the wishes and in the interest of the Taiwanese people," he concluded.