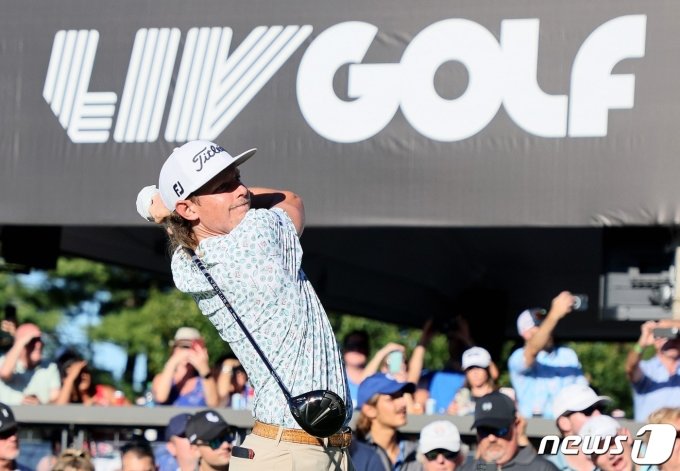 Smith recorded 2 eagles, 5 birdies, 1 bogey, and 1 double bogey in the first round of the 4th Reeve Series held at International (par 70) in Bolton, Massachusetts, USA on the 3rd (Korean time), hitting 6 under par 64. hit

With this, Smith recorded a 7-under 63 and tied for third place with Joaquin Neiman (Chile), one shot behind the joint leaders Matthew Wolf and Taylor Guchi (USA).

Smith joined Reeve Golf on the 30th of last month. Smith is a top-class golfer with six career victories, including three on the PGA Tour this year alone.

After winning The Open, there have been rumors of Smith joining Liv Golf, but he has not confirmed it. He continued to participate in the PGA Tour tournament while ignoring whether Liv would join the group, and completed the Tour Championship in the final round of the PGA Tour playoffs that ended on the 29th.

Smith, who made his debut in rib golf, caught the first birdie of the tournament on the 3rd hole (par 4) and succeeded in birdies on the 5th and 6th holes (or par 4 above). He then recorded an eagle at 8-under par 5, reducing five strokes in only the first eight holes.

Smith, who made a bogey on the 9th hole (par 4), made up for the previous mistake by catching a birdie on the 11th hole (par 3).

Smith, who was in good shape, made a double bogey mistake on the 14th hole (par 4). However, he quickly regained his composure, cut one shot on the 15th (par 4), and finished his first day in a good mood with an eagle on the 18th (par 5).

Wolff posted two eagles, five birdies, and three bogeys on the first day, hitting 7-under, while Guchi posted eight birdies and one bogey to tie the lead.