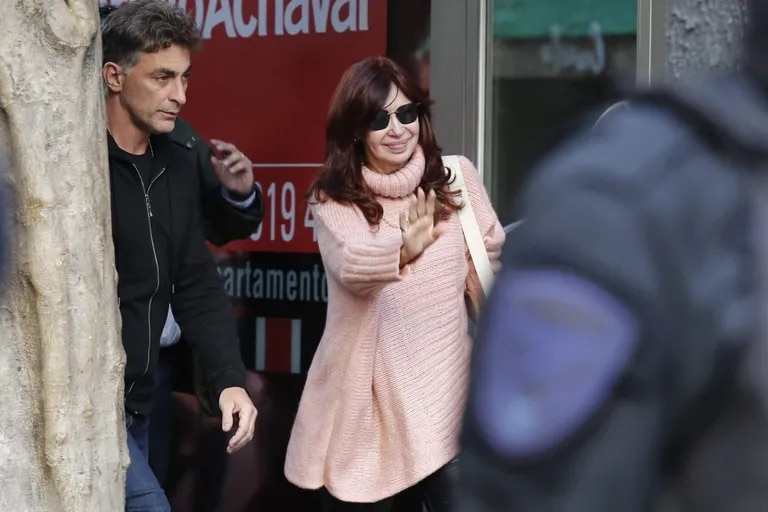 the vice president Cristina Kirchner He did not realize that a man pointed a gun at him and shot him inches from his face. She only became aware of what had happened once he was inside his house. This is how he related it this morning, when he testified in front of the judge Maria Eugenia Capuchetti and the prosecutor Carlos Rivolo.

The judge and the prosecutor took a statement from him in his apartment in the Recoleta neighborhood. It was a brief hearing, in which the vice president limited herself to recounting the events of the previous night. There were no political assessments, complaints against federal justice or requests from her, according to judicial sources. She also did not ask for the moment to be a plaintiff in the case, a condition that would enable her to access the file, request evidence and appeal judicial decisions.

Only she, Capuchetti, Rívolo and two court secretaries participated in today's hearing, in the living room of Cristina Kirchner's. In the department of the vice president there were also, at that time, the Secretary of Justice, John Martin Menaan official of close confidence to her, and personnel in her custody.

Earlier Mena had visited the courts of Comodoro Py with Diego Carbone, head of custody of Cristina Kirchner. According to judicial sources, the two met with those responsible for the investigation to coordinate how the statement would be made, which the vice president was willing to provide. Carbone, very close to the vice president, had not been the night before at the time of the attack. He didn't say why. “He came to organize the trip to Cristina Kirchner's. There was talk about that,” said an official working on the case.

The custodians who were at the corner of Uruguay and Juncal on Thursday, when Fernando Sabag Montiel triggered against Cristina Kirchner, they declared in the morning. Although they were heard as witnesses, it is not ruled out that in the future they could change their condition and become defendants. Today, the custodians "are a research hypothesis," said one of the researchers.

In total, 24 witnesses have already testified in the case; most are police and militants who witnessed the attack. Of this last group, some were summoned and others spontaneously appeared in court. The file already has ten bodies; that is to say, about 2000 sheets, reported in Comodoro Py.