Meghan Markle has suffered another fiasco at home 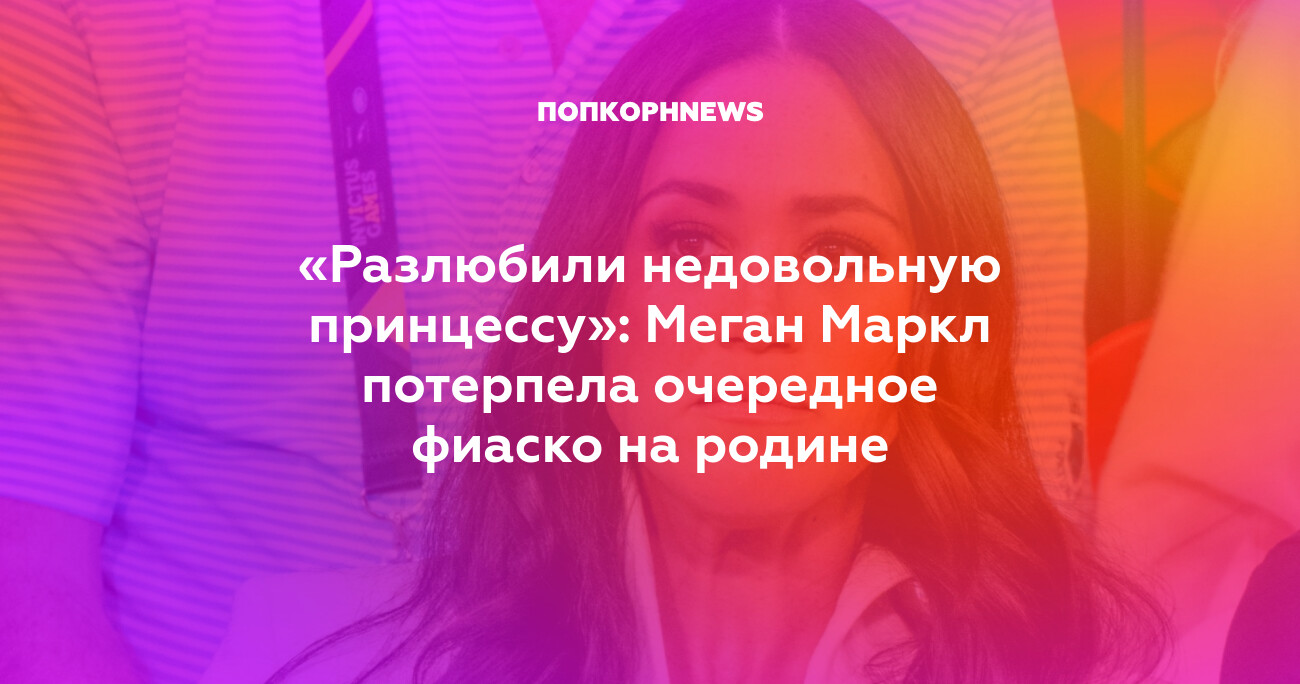 The Duchess has lost her popularity.

Meghan Markle's social position has been drastically shaken. Prince Harry's wife has lost the support of the Americans. This is her own fault.

With her actions, the former actress trampled on the love and respect of the people of the United States. For a long time people sympathized with her. However, things are different now. People stopped showing interest in Meghan Markle after her quarrels with the British press, a provocative interview with Oprah Winfrey and constant skirmishes with the royal family. This was stated by correspondent Tom Leonard. According to him, the Americans "fell out of love with the disgruntled princess."

“When the Sussexes fled the horrors of palace life in 2020, it was America that welcomed them with open arms. The public and press devoured every morsel of the horrific story of racism and rejection of the couple.

However, just two years later, there were troubling signs that America was beginning to tire of it all. Perhaps Americans are beginning to see the light that the Sussexes are just a bottomless source of resentment about their treatment in the UK.

If Americans still lose interest in the couple, it will call into question the very delicate economy that allowed the spouses to live in a “better climate”, ”the journalist quotes Daily Mail.