US $7,500 bounty for electric cars risks reigniting trade war between Europe and US 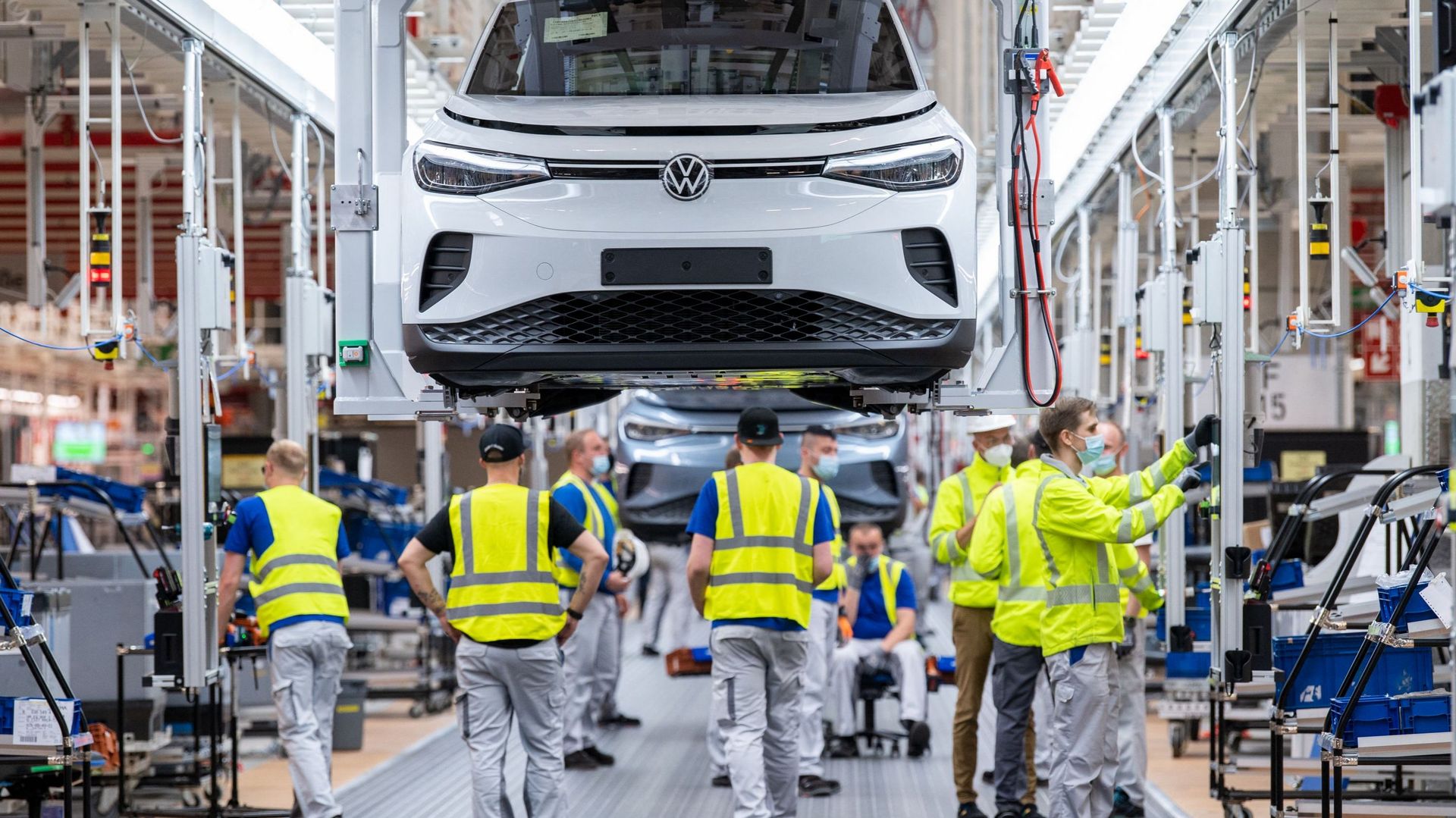 To see it clearly right now, a list of cars eligible for the bonus is already published. At Audi, for example, the "Q5" hybrid is made in the USA, but not the "Q4 e-tron" or the "e-tron" which is made in Brussels. At Porsche the same: future buyers of electric “Taycan” and plug-in hybrid “Cayenne” or “Panamera” will lose their bonus.

This will be the case for 70% of electric models sold in the United States, whether European, Korean or Chinese.

The parade is of course to come and assemble its electric models on American soil. This is the wish of the US authorities, and this is what Volkswagen has already started to do with the production of its "ID.4" in Tennessee. Hyundai will do the same in Alabama and Georgia.

But for Europeans, it is discriminatory. The Commission protests. She denounce a measure "discriminatory for European manufacturers". Unfair. Commission Vice-President in charge of Trade, Valdis Dombrovskis, told his US counterpart Katherine Tai on Thursday: “Discrimination against European Union manufacturers makes it much more difficult for them to contribute to the electrification of vehicles in the United States and reduces the choice of American consumers when they want to buy electric vehicles.”

For its part, the Association of European Automobile Manufacturers reports its "disappointment". "Purchasing subsidies are very important to launch a market and facilitate the adoption of electric vehicles. In order to achieve the goal of 50% of zero-emission car sales by 2030, much more inclusive support measures are needed.

The stakes are high: in 2021, the United States will become the main destination for exported European vehicles (20% of total exports). The market is profitable for Europeans: BMW, Mercedes or Porsche are on an equal footing with Tesla. Together, the three German manufacturers sell one million vehicles a year and were planning to continue their momentum by investing in electric vehicles.

Before this announcement, the Franco-Italian-American Stellantis predicted that 50% of its sales in the United States would be electric in 2030. And European manufacturers are investing to free themselves from their dependence on Chinese batteries. Volkswagen has launched its first battery factory in Salzgitter and there are around 20 battery factory construction projects all over Europe.

The European Commission is considering all options, including an appeal to the World Trade Organization. South Korea wants to act with Europe. This would be an escalation and could create friction endangering the common front against Russia. The priority is therefore to dialogue which had resumed with the arrival of Biden. Talks have been launched over US tariffs on European steel and aluminum, and the dispute over subsidies to Airbus and Boeing has been frozen for five years.

The announcement of the new conditions for obtaining the premium for the purchase of electric vehicles is bad news for European manufacturers. Nothing changes for buyers in Europe. In Washington, the presidents change but the protectionism proclaimed by "America First" remains at the heart of the policy of the United States.