A series of scandals of the King of Thailand Maha Vajiralongkorn 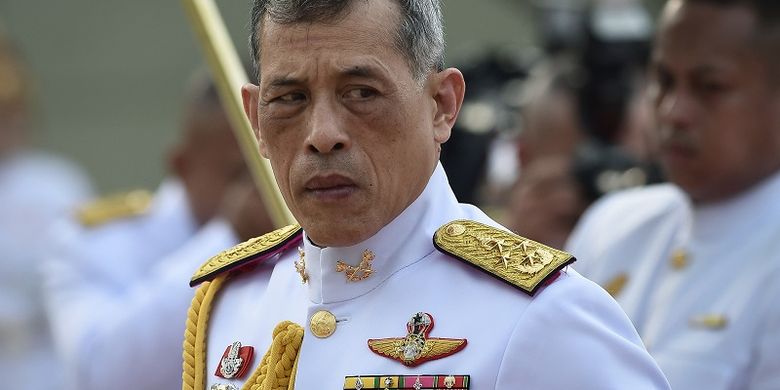 KOMPAS.com – Before becoming king, many Thais had doubts about the leadership of the notorious Crown Prince Vajiralongkorn, who did not like to deal with duties at the palace.

As the only son of the highly respected King of Thailand, the late Bhumibol Adulyadej, the royal throne automatically flowed to him.

Since his father’s death in 2016 and his coronation as king in 2019, Maha Vajiralongkorn has remained the way he was before he became king.

A series of scandals about him milling in the international media. His own mother told Dallas Times Herald in 1981 that his son is like ‘Don Juan’.

“I have to be honest, my son, the crown prince, is a bit like Don Juan,” said Queen Sirikit. That’s why according to him, his son’s marriage history has never gone smoothly. “

Launch New York Times, 6 November 2019, King Maha Vajiralongkorn has been married four times. His first wife, Putri Soamsawali, is his cousin who retained the title of princess even after being divorced by Vajiralongkorn in 1991.

From this first marriage he had a daughter. His divorce from Princess Soamsawali was due to Vajiralongkorn having an affair with an actress named Sujarinee.

Vajiralongkorn has 5 children by Sujarinee even while still married to his first wife.

Sujarinee and her four sons live abroad while her daughter, Sirivannavari Nariratana carries out royal duties in Thailand.

Vajiralongkorn’s third wife, Srirasmi Suwadee, had the title of princess until she and 9 of her relatives were stripped of her titles because the palace accused them of corruption.

Srirasmi Suwadee’s own parents were jailed for violating the lèse-majesté rule, a rule that prohibits anyone from criticizing members of the kingdom.

From his marriage to Suwadee, Vajiralongkorn had a son who was considered a potential heir to the throne, Dipangkorn Rasmijoti.

As for Vajiralongkorn’s fourth marriage, he was married 3 days before being crowned king.

The king married his fourth wife, Ratu Suthida who was a former flight attendant and before marriage also worked as one of the king’s bodyguards with the title of lieutenant general.

Also read: The Richest King in the World, Maha Vajiralongkorn, Where is the Source of His Wealth?

In 2007, quoted from France24, the king’s private video leaked. The video shows a king who was then still a well-dressed crown prince standing beside his wife, Srirasmi Suwadee, who wore nothing but a string-bikini bikini.

Surrounded by flowers, balloons and twinkling lights, the couple sang “Happy Birthday” to their poodle named Foo Foo before blowing out the cake candles.

Vajiralongkorn’s reputation was further damaged especially when he made Foo Foo the chief marshal of the Thai Air Force.

According to the US Ambassador to Thailand, Ralph Boyce, Srirasmi Suwadee confirmed that a poodle named Foo Foo held the rank of marshal.

When Foo Foo died in 2015, Vajiralongkorn held an extraordinary funeral for the dog, which was cremated after a four-day ceremony based on Buddhist rituals.

PrevPreviousA vaccine for the sick city
NextA gypsy dragged the dog tied to his car, see his explanationNext