On Tuesday, Spanish club Real Madrid lost one of its most important legends in history, with the departure of Paco Gento, the former star of the team and the honorary president, at the age of 88.

Gento represented the Real Madrid team for 18 years, from 1953 to 1971, during which he won 23 titles, to be the most crowning in the history of the royal club.

The best champion in the history of the Champions League

Gento was the only player in my generation of the fifties and sixties who witnessed the 6 crowns of the royal team, and so far no player has succeeded in crowning the same number of titles.

The most crowned in the history of Real Madrid

Gento is the most crowned player in Real Madrid’s history with 23 titles, equal to Brazilian full-back Marcelo, who equaled his title just two days ago.

Marcelo reached 23 titles with Real Madrid, after winning the Spanish Super Cup, last Sunday, at the expense of Athletic Bilbao, to equal the number of the Real Madrid legend, who has been steadfast for more than 50 years. 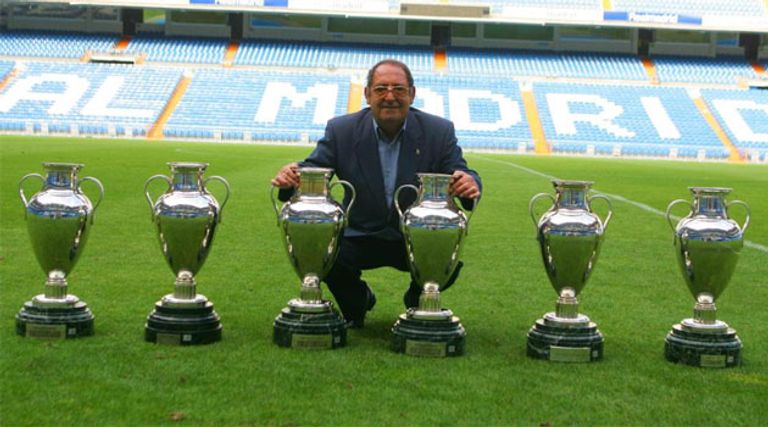 Gento has in his career with Real Madrid more than a record that has not been broken so far, despite his retirement from football nearly 5 decades ago.

Gento remains the player with the most titles in the Spanish League, with 12 titles so far.

On the other hand, Gento is the most visible player in the Champions League final 8 times, equal to AC Milan legend Paolo Maldini.

The post After equalizing his historical number .. the departure of Paco Gento, the most crowned player in Real Madrid appeared first on Newsy Today.