iOS 15 will be the iPhone update of 2021! You can install this major update in September and your iPhone will feel like news again. What’s new? Can you update your iPhone soon? You can read it all in this file!

iOS 15 support: can you still update your iPhone?

iOS 15 is coming: all new features on your iPhone next week!

iOS 15 will be released on Monday, September 20! Apple announced this during the iPhone event. 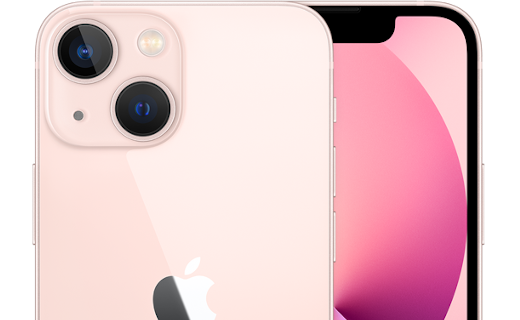 There is good news: all iPhones that are suitable for iOS 14, can be updated to iOS 15! That means you need an iPhone 6s (2015) or newer. Yes, you can also update the first iPhone SE!

For iOS 15 you need an iPhone 6s or newer – these are all devices with iOS 15 support:

Also the new iPhone 13 is of course suitable for iOS 15.

iOS 15 is a major update with lots of new features and improvements. We’ll list the most important ones here, but you’ll notice minor and major changes throughout the system.

Apple is eliminating the biggest FaceTime frustration with iOS 15. It was always Apple-only, but soon you can also facetime with people who have an Android phone or a Windows PC. You simply invite participants via a link that they can open in their browser. But Apple goes further. 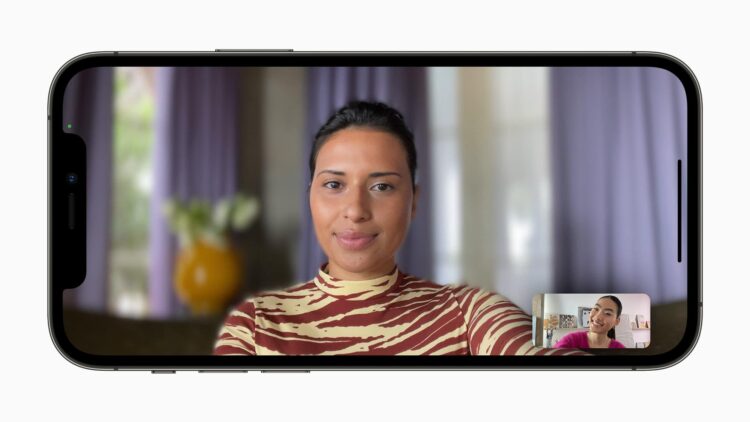 Your video calls will feel more natural with clever tricks with sound and images. Spatial Audio comes to the video calling app: if a participant is positioned at the top left of the screen, the voice also seems to come from that direction. Voice Isolation lets your voice come through crystal clear, without background noise. If you switch to Wide Spectrum, you will hear all the sounds. In terms of sound, it is therefore mustache, and that also applies to images: FaceTime now works with the Portrait mode that you already know from the Camera app. Your face comes into sharp focus, the background becomes blurred – so you focus more on yourself. Later this fall, it will be possible to watch videos or listen to audio together more easily via FaceTime.

Improve your concentration with Focus 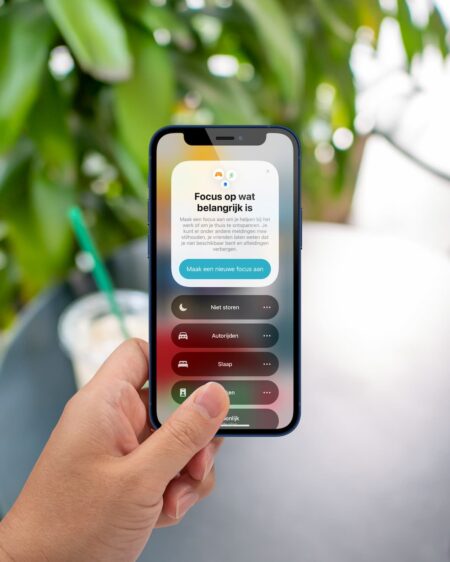 Is your attention always being swallowed by your iPhone? Focus is the magic word! If you need to focus on something or just want to relax, Focus ensures that notifications and apps are filtered. Think of it as a less rigorous variant of Do Not Disturb. You can activate different focuses such as Work, Driving or Personal – or configure one of your own.

You can silence notifications, prevent distraction by apps and let your contacts know that you are temporarily unavailable. But is the focus Working on, for example? Then you are available for colleagues. You can even set up special home screens with only the apps and widgets you really need during the respective Focus. If you activate a Focus on your iPhone, it will continue to work on your iPad and Mac.

Maybe you were so overwhelmed by all the notifications on your iPhone that you ended up turning them off out of sheer misery. Feel free to turn them back on, because in iOS 15 they become a lot more manageable. Your iPhone compiles a notification overview for you several times a day, containing the most interesting notifications, ordered by priority. Incidentally, the really urgent messages are still delivered immediately. The notifications will also look clearer, with a profile photo of contacts or a larger app icon.

The Photos app may benefit most from your iPhone’s artificial intelligence, the following innovations show 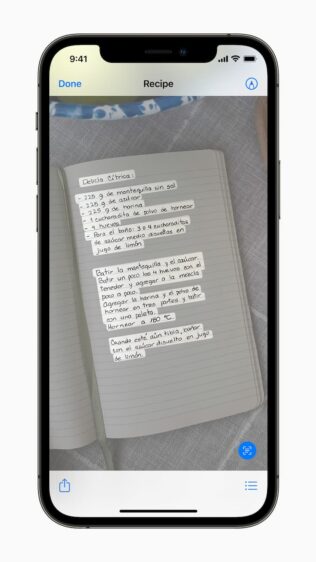 Is there text on a photo? Your iPhone can now ‘read’ it and then handle it. For example, take a photo of a phone number and tap the number to call it. Or copy the text in its entirety and paste it into an app like Notes. It also works with handwritten text. It is still unclear which iPhones Livetext will come to exactly: it differed quite a bit in the beta phase. 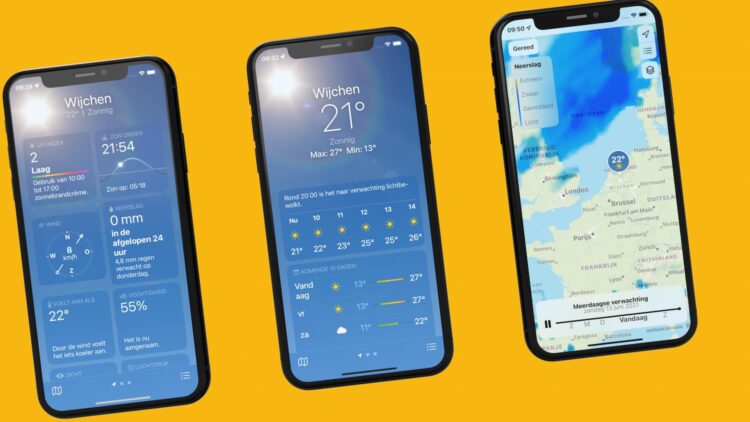 The new animated wallpapers give you an instant impression of the weather in a particular location. There are now thousands of variations showing clouds, precipitation, and the current position of the sun. Right below that, the most important data is displayed as in an infographic – so you can see at a glance what to expect.

A good addition are the weather maps. Large weather maps are available showing temperature, air quality and precipitation. Zoom in and out as far as you want. If you open the Precipitation map, you can also choose moving radar images: these show the course of showers and their intensity. In the future you can also receive notifications when it starts to rain or snow, but that function is first being tested in Ireland, among others.

Messaging is the place to exchange all kinds of information with contacts, but then it is difficult to find everything again. Things shared with you via the Messages app will now appear in the dedicated Shared with you section in the corresponding app from iOS 15. You can find links in Safari, photos in Photos, songs or playlists in Music, et cetera. You can also respond immediately from those apps. Also nice: if someone shares multiple photos with you in Messages, they appear as a stack that you can swipe through. 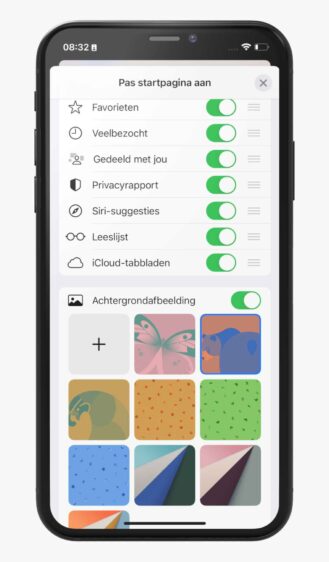 You may have to get used to Safari the most. Everything is still there, but it takes some searching. What immediately catches the eye is that the address and search bar now floats at the bottom of the screen. This makes it easier to operate your iPhone with one hand, such as entering a web address. You just type with your thumb. If you have multiple tabs open, you can swipe from one tab to the other in no time. There are also tab groups to store associated tabs. Of course, everything is synced to your Mac and iPad.

The Safari home page in iOS 15 is very similar to Safari as we’ve known it from the Mac for a year. You can choose your own background image and adjust the order of the items displayed (such as Favorites and Frequently Visited). Or just hide certain items – a relief if you’re not fond of the ‘Shared with you’ feature just discussed. Also borrowed from the Mac: extensions from other apps, to give Safari extra features. The developers of, for example, adblockers and password managers are already working on it.

Keys and ID card in Wallet 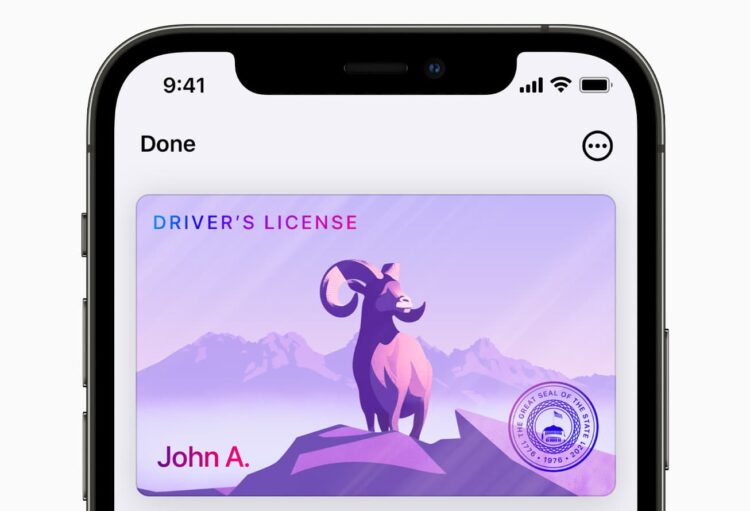 Do you still take your wallet with you when you go shopping? The digital versions of your debit card, boarding passes and loyalty cards all live in the Wallet app. In iOS 15, a few things are added. How about keys? Your front door, your office, your hotel room: they can all be opened with your iPhone – provided the necessary support is built in. And it doesn’t stop there: it will soon be possible to store your ID card, driving license or passport as a digital version in Wallet. Incidentally, this is still future music for us: for the time being this only works in a few participating states in America.

Download iOS 15? This is possible from Monday 20 September. Probably from 7pm. 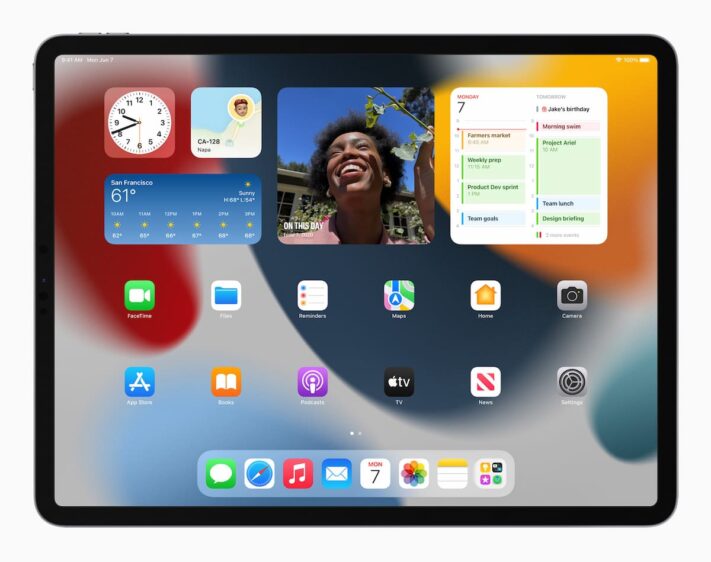 The iPad has its own operating system, iPadOS. iPad 15 has a lot of overlap with iOS 15. But there are some extra features that are specially made for the iPad, and that take advantage of the larger screen, for example.

iOS originally stands for ‘iPhone operating system’. It’s the operating system that Apple made for the iPhone (and the iPod touch). iOS is, as it were, the entirety of the basic functions of the iPhone, plus the accompanying apps. Every year, Apple releases a major update for iOS, which gives your iPhone all kinds of fun new functions.

Do you want to stay informed of the developments surrounding iOS 15? Then sign up for our weekly newsletter:

Your registration was unfortunately not successful. Please try again later.