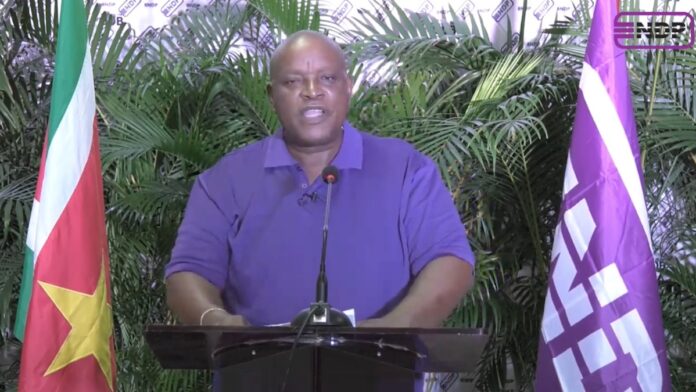 The National Democratic Party in Suriname (NDP) announced on Sunday that it will no longer monitor how large parts of the Surinamese population are oppressed and poverty increases in the country.

The party will therefore have a series of hearings with key actors in society. The fight against ‘the regime’ will also be intensified and stepped up, said NDP spokesman Ricardo Panka in a live broadcast on Sunday.

He went on to say that few of the Santokhi government’s promises have been fulfilled in the past 17 months. However, Panka did not say what the concrete steps of the NDP will be.

The live broadcast can be viewed here:

The post NDP: ‘Situation under Bouterse was a paradise compared to this hell’ appeared first on Newsy Today.