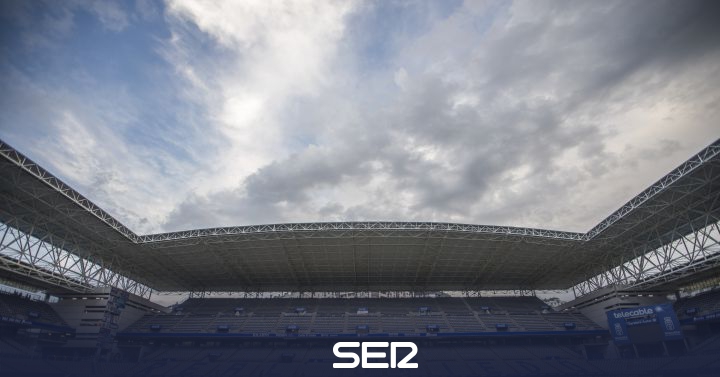 Given the probable return of football without fans in the stands, Real Oviedo is already thinking about how to keep its partners close and is studying options such as including a season ticket in the season ticket. TV package -only from his team- if the situation continues next year or, the most immediate, enable a drive-in in the field parking lot on game days.

The carbayón set, which is reluctant to completely close the door to fans, has different ideas on the table, although all of them will be difficult to execute if, due to the exceptional situation, the different organizations involved do not collaborate, especially those that have to do with television rights.

The Oviedo club, which has one more home game than a visitor match in the final stretch of the League, is already studying the possibility of setting up a drive-in in the Carlos Tartiere parking lot where members can go a few meters from the grass in their vehicles and with all the security measures, to encourage yours and even Make yourself heard also in green.

In addition, another of the measures that the entity is studying is to negotiate with television platforms the possibility of including in next year’s subscription a package of matches only for his team, an initiative subject to the fact that access to the field continues to be restricted and whose cost would be assumed by the blue entity.

Another idea, already implemented three decades ago, is to design a commemorative garment with the names of all those subscribers who will have to follow their team in the distance if the League is resumed without an audience and the situation continues in time.

The blue team was already reluctant to play without fans when the possibility of playing behind closed doors was raised days before the State of Alarm became official, a position that it maintained until then and that led it to be one of the first to request the stoppage of the competition due to the advance of the Coronavirus.

That same line now maintains, looking for safe ways to share soccer with your partners, in a scenario of return to competition in which, given the prevalence of the virus, the return will almost certainly be without fans in the stadiums.