Motorcycle Battle on the smooth road for the Thailand Championship “ORBRIC Superbike Championship 2021“The first field of the year, duel at the Chang International Circuit, Buriram Province, by Sunday, September 19, 2021, is the final. In which there are representatives of riders from Honda Racing Thailand, 3 speed duels in the Super Sport 600 cc model, race a total of 12 laps.

Competing in the Super Sport 600 cc version, the Honda Racing Thailand team has sent three riders to compete with the latest Honda CBR600RR race car. To win the first podium of the year, led by “Champion” Phaswit Thitiwararak No. 123, “Muk” Muklada Saraphut No. 44 and “Dream” Sittisak Onchaweang No. 45 by the three Has started from the second row, grid 4, grid 5 and grid 6 respectively.

However, after the competition is over”champion” Passavich, the owner of the podium number 2, revealed that “Today’s competition is very fun. Everyone did their best and had every chance to get on the podium. Today we still have a rhythm that is wrong, will improve and fix it before the next field. “

part “Mook“Muklada, a very strong girl. The third owner said: Glad to start the first course on the podium. Today, with the hot weather and the previous rain falling, the track temperature has changed. But starting with the podium was very happy thanks to the Honda Racing Thailand team, everyone worked very hard. including family and the fans who are cheering Today we have achieved the first step. There are still many fields to compete. I want you to follow me. “

However, for the competition”ORBRIC Superbike Championship 2021” will return to the second speed duel between October 1-3, 2021 at the Chang International Circuit, Buriram Province 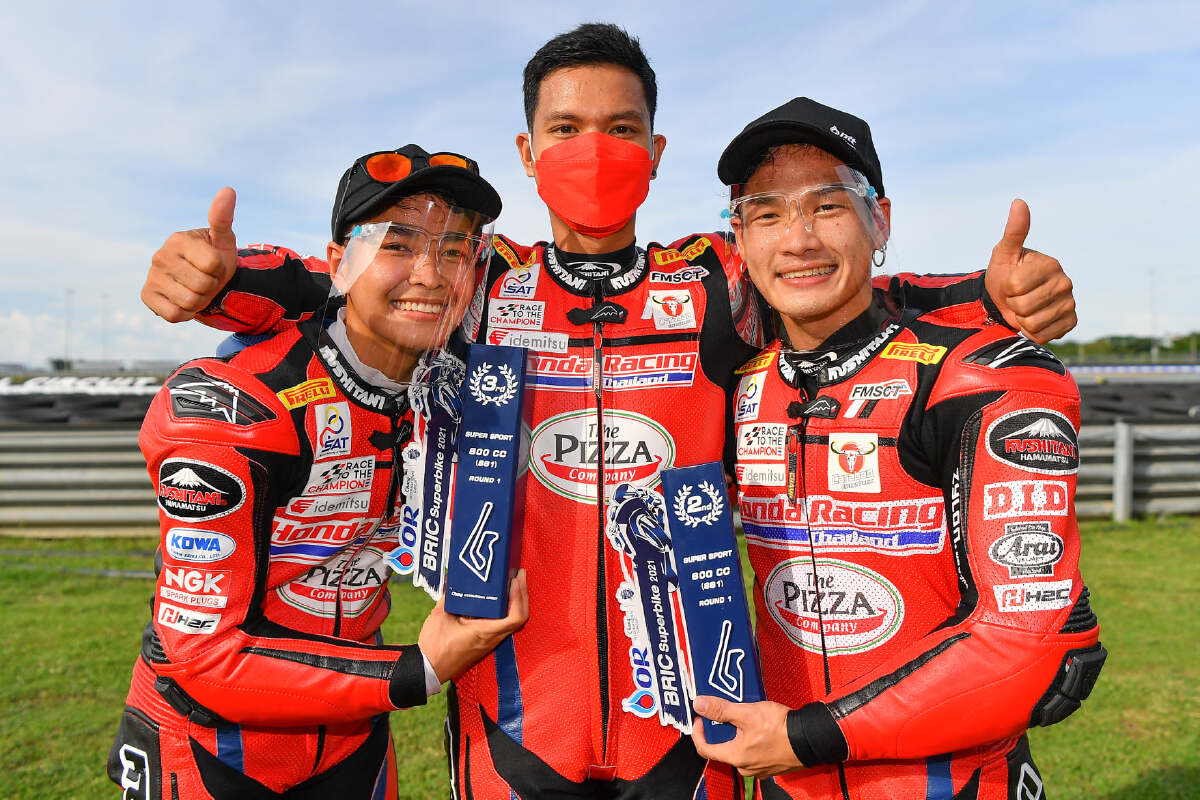