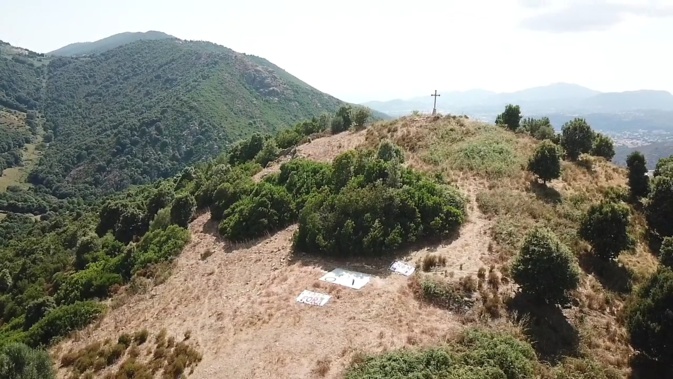 Requests directed against a decision relating to the occupation or use of the land governed by this code must, on pain of inadmissibility, be accompanied by the title of ownership, the promise of sale, the lease, the preliminary contract mentioned in Article L. 261-15 of the Construction and Housing Code, the lease contract, or any other act likely to establish the lawfulness of the occupation or possession of his property by the applicant .

It is on this single article of the Town Planning Code that my request was rejected, without any of my arguments being neither examined nor accepted:
– The building permit has not been posted in the Town Hall (Peri village)
– The building permit display panel was not displayed on site when the concrete slab supporting this antenna was already cast.
– The various display panels that were subsequently installed contained obvious errors.
– The letter from the mayor, giving the authorization for electrification, is undated.
– The favorable opinion of the mayor is incomplete.
– The lack of consultation between the municipality and the population is confirmed as is the irremediable impact on the environment and on our heritage. (since time immemorial this site contains the foundations of a chapel dedicated to the patron saint of the village, as dating at least from the 10th century located at about forty meters from the antenna, the way of the cross taken for Good Friday is a a few meters and the communal cemetery is less than a hundred meters, …)
An antenna will therefore be erected on a remarkable site, despite
– The arrival of optical fiber scheduled for the end of December 2020.
– The planned burial of overhead networks.

But the law is the law. This justice does not look at what is right, does not judge a thought, a position, does not defend a culture, the environment, a heritage.
She only makes sure that the law is followed to the letter.
Therefore, we must stay in our little boxes and see if the interest in acting, to contest filthy projects, does not fall within the framework of this law. However, here, the law tells us that we villagers are not directly victims in order to act!

What is the logic?
What is the long-term vision for the defense of our environment?
What is the place left for humans, for their memory?
Must citizens absolutely be excluded from the process that directly concerns them?
And, what are our remedies in this kind of situation?
In the meantime, let us remain strong, united and mobilized. The impossible no one is bound !”
—
“A letter summarizing this situation has been sent to the Presidents of the Assembly of Corsica and the Executive Council of Corsica. To the President of the Administrative Court of Bastia, to the Prefect of Corsica, to the Ministry of Territorial Cohesion and Relations with the Local authorities “