Emma Suárez, Roberto Álamo and Miguel Bernardeau, among others, star in ‘Josefina’, a film directed by Javier Marco 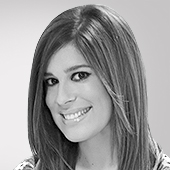 The red carpet of the Kursaal has hosted a double presentation. The cast of actors from ‘Josefina’ with its director Javier Marco at the helm, have starred in one of the most prominent and media moments of the day. Roberto Álamo, Emma Suárez and Miguel Bernardeau (Elite) posed smiling before all the graphic media gathered. This feature film, programmed within the ‘New Directors’ section, is the director’s debut from Alicante.

In addition, ‘Arthur Rambo’, a film directed by Laurent Cantent and starring Rabah Nait Oufella, has had its stellar presentation. A feature film in competition that will fight for the Golden Shell of this Festival.

Let’s listen to the words of the protagonists before the live microphone of El Diario Vasco.

The post The red carpet welcomes the most famous faces of Spanish cinema appeared first on Archyde.