Róbert Döme came to Slovan Bratislava during the last season. He played with the team in the semifinals, in which they were eliminated with the champion Zvolen. In the century-old year, they have much greater ambitions in the Bratislava club.

The forty-two-year-old coach likes the pressure in Slovan, which he once experienced as a team captain. He is very pleased with the Blue Wing Slovan and believes that he and the club will pursue long-term goals, which are to increase the quality and education of young players.

In Slovakia, too, we can move to the level of top teams from the Champions League, thinks Róbert Döme

The century-old season awaits you. Do you have in mind that this is something special?

“First of all, it is a great honor for me and our entire coaching staff to be a part of Slovan Bratislava in the centennial season. We perceive it, but we are preparing for the season as if it were 99th and not something different. ”

Last year you came during the running year. Did you now have a better chance of participating in the composition of the staff?

“I could have done more now, I just took over the team last year. Typologically, we have chosen a few hockey players, but we are still working on reinforcements. ”

You have four matches in the Champions League, in which the victory of the opponents was decided by a higher quality of staff. How do you rate your team’s performances?

“I have been working in Sweden for ten to eleven years and I know their hockey and European leagues. I told the owners and the players what was waiting for us, and it came true. At the same time, I think that Leksand will be the average team in the Swedish SHL.

The matches showed us that you can play against these opponents, you just have to have long-term plans. Our boys deserve absolute respect, as they have soaked on the ice. Many could not imagine what awaited them. They managed it very well. We didn’t do our shame.

We are not where similar top rivals are, but we can get there one day. But it will take time. You need patience and also money, as there are players with an annual salary of half a million euros. First of all, it was an excellent school for players, us coaches, and the whole management of Slovan. The Slovak guys got a demonstration of the reality that if they want to improve, they have to work hard on themselves. ”

“Someone thinks I’m arrogant, but I don’t feel that way. I am rather controversial in many things.

Already the first match in the European competition on Leksand’s ice could have brought a different scenario. You won 2: 0 and 3: 2. How do you remember him?

“We wanted to succeed, of course, but, unfortunately, it was a matter of time before the locals turned it around. In the end, they pushed us so hard that we couldn’t afford to make one mistake. She also came because the guys don’t play similar matches. If they had at least ten or fifteen of them every year, they would get used to them. You need to find a way to succeed in these encounters.

In the end, we were a bit unlucky, Patrik Maier would throw the puck out of the band normally in nine out of ten cases. Instead, he threw him off the field with a backhand. That will happen. Then came another foul. The boys did almost everything for 55 minutes, but then we gave Leksanda a power play and we lost in defense, which the favorite quickly used. ”

Is it possible to move the team higher at the level of the Slovak extra league?

“Yes, as part of the training process. We need to try to go to tournaments, have as many foreign opponents in preparation and do internships for coaches. I’m not saying we have the best training process, but we have it set up right now, as in the advanced hockey world. We go full time in training for forty minutes, the guys have a lot of it, but that’s why we didn’t get a debacle in the Champions League. We skated and fought matches with the favorites. If the team was not well prepared, the results would be far worse. ”

Have you wondered why few viewers came to mind? There were barely two thousand of them, and according to the rules, you could have more than seven thousand followers.

“It simply came to our notice then. People have become accustomed to going to sports for covid. They are annoyed by all the things they have to go through and maybe they would rather watch it on TV. I was at football last time and it was similar.

Slovan has to get the game back and the results of the fans. It’s easier for opponents, as Slovan’s fans come to shout at him. Another thing is that there was no real play-off in Bratislava for many years, which the fans also got used to. KHL was a quality league, at the beginning the fans went to watch the Russian stars, but then they wanted to see the success of their team, which was not possible in the competition.

It also happened to Slovan football years ago, when the best club in the town of Artmedia was Petržalka and people did not go to Slovan. That’s why it’s a priority for us to get our fans back. We can only do that with hard work and nice hockey. ” 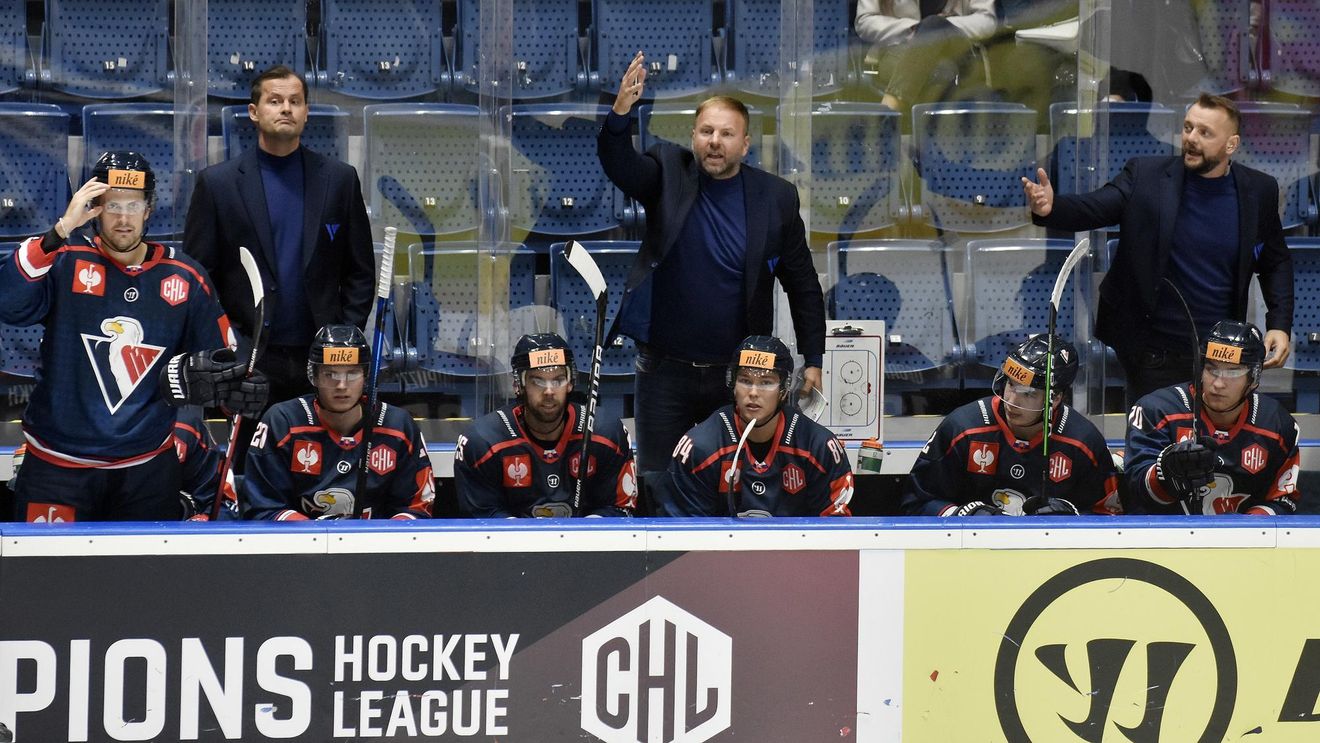 Róbert Döme on the Slovan bench during the Champions League match

The biggest criticism after four matches in the Champions League came to the legionnaires, who did not advance. How do you feel about it?

“It simply came to our notice then. I don’t want to excuse them, we realize they have to start scoring goals, so they’re here. Matt Mackenzie is fine, Andrew Yogan is shooting, we are expecting more from Joon Jääskeläinen and William Rapuzzi. It should be added, however, that Joona had problems as he had to deal with an acute dental problem. Everyone knows they need to improve. The reality is also that the Champions League is also a high level for them, at which they do not play. ”

For more than a month, the leftist defender and the center you would like to join have been talked about. What does it look like with reinforcements?

“We want a beak typologically that will fill our power play. Free defenders are waiting, we want to bring the right name. Maybe it will be in the near future. I also had searched the centers, but unfortunately, he did not go through our internal network, which I am sorry about. ”

As a player, you also dealt fear, teammates and opponents had respect for you. What are you like as a coach?

“As I was a player, so am I a coach, although calmer. It came with age. I’m more sensible in hockey. A person develops as a leader, it probably came about because I was a captain in several teams and I learned to lead a cabin.

Someone thinks I’m arrogant, but I don’t feel that way. I am rather controversial in many things. I don’t shout at players, I don’t swear at them. Of course, if necessary, I will raise my voice. We are all human and we make mistakes, it happens. Maybe I arouse fear and confidence that I am so calm, people tell me. It’s hard to explain.

From an early age, I had leadership skills, whether in kindergarten, school, or clubs. I also have it in my genes. My father was a hotelier who led people, and the figure probably does his part, as I’m a tall hundred-pound guy. ”

Do you feel more pressure than a coach?

“It simply came to our notice then. I live in hockey, I go to the winter at five in the morning, when we pass the janitor and finish at eleven in the evening. I can depersonalize myself, I don’t read the media, I don’t post social media, I haven’t seen myself play hockey in my life, except for video analysis. I’m not putting pressure on myself.

I have already experienced the Slav as a captain and I know what it means. I wouldn’t like to play in the middle of the table either. I like the ambitious environment of a club like Slovan, where journalists dig into you. I’m trying to answer them diplomatically.

I have had a white heart since I was a child, the whole family was Slavic, whether football or hockey. It’s an honor to train a similar club, I enjoy it. It’s fantastic. We have something well started, we will see what we can do. ” 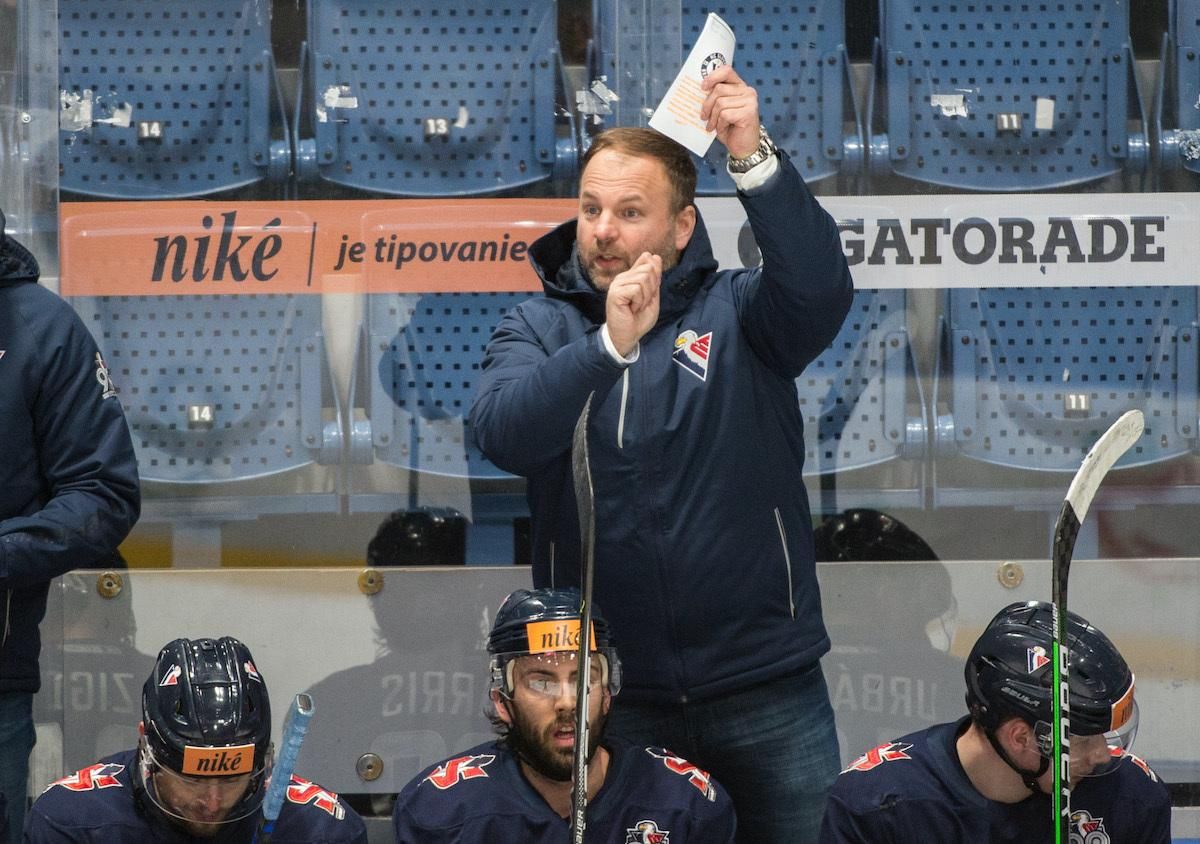 How do you perceive the origin of the Blue Wing Slovan?

“Even when I came as the main methodologist and youth manager, I repeated to the owners that we would not move anywhere without a farm. We thank the owners of the club and manager Maroš Krajčí for putting it together. It is the first step towards starting to educate the players. However, we need to be patient, because it is a question of five to ten years. Hockey players cannot play for two or three years after a junior. They need men’s hockey, a transfer step.

We want to gradually incorporate young players into the A-line with interest. I, Andrej Podkonický and Jano Lipiansky are watching them. It is a step towards the success of the boys in Slovan, so that they do not run away from us abroad. However, they must have humility and patience and understand that they will get into the Slavic school after hard work. They can’t play there just for merit and for age.

An excellent example is Miško Beňo, who played the first league last year and today gave us excellent performances in the Champions League. There are others who, if they continue, can play big hockey in the future. ”

It is often said that in the Slavs’ youth, players are richly pushed. What do you say to the fact that the Bratislava club has not educated a proper representative in more than a decade?

“I do not think so. Then the Swedes would not be able to play hockey, as their families are solvent. However, the truth is that Slovan has not raised a representative for x years. Unfortunately, this is a fact that we are dealing with. We have a problem incorporating 20-year-old boys into the extra league.

However, all things related to youth come from the union, which has to put methodological things together and set it up primarily in smaller clubs. Take it for granted that I came out of Senice, and others came from small towns and gradually got to Slovan, Trenčín, Košice.

Today we lack competition and young people are running away quickly. It’s a long run, but it can’t be all about losing or winning a match. Things have to be done systematically and patiently, which is easy to say but difficult to do. ”

THE VACCINATION TAKES AS AN OBLIGATION TOWARDS THE COMPANY

In Slovan Bratislava, the implementation team and the entire team are vaccinated against Covid-19. “I do not condemn anyone if they cannot be vaccinated. However, I have a specific opinion on this. We owe the fact that we are sitting here today and have a beautiful life to the people who died in the war, to the people who fought for the country, so that we could have a good time one day.

If I have to take the risk of being vaccinated to help the situation in the country and the world in general, I will do it. I am obliged to return something to others, “ said Róbert Döme.