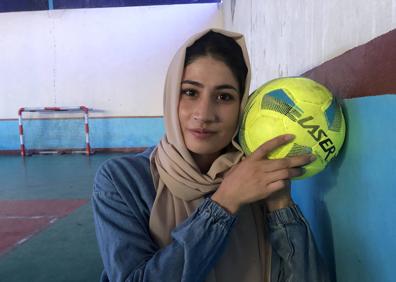 They are killing us little by little, don’t you see? They say one thing, but do another. We don’t love them, we hate them, we hate them… ». The mother grabs the young woman by the arm and they get on a bus that is moving towards the center of Kabul. The old vehicle evaporates in the traffic chaos, but one of the Taliban at the Karte Char checkpoint, who has noticed the young woman approaching to speak with the foreign journalist, does not lose sight of the vehicle. Her eyes of fear, facing his threatening ones. A month after the victory of the Emirate, the uncertainty surrounding the political and economic future of the country turns into certainty when talking to women about what they expect from the new Islamist regime: there is no hope.

«We have come out of 20 years of war, people have nothing to put in their mouths, there is no money left in the banks, but their priority is that women do not play sports and do not study with boys in classrooms … the only explanation that is It happens to me is that they are afraid of us, they are very afraid of Afghan women because they know that we think in the long term and that is why they try to keep us at home by force ”, says Mariam Sadat. She is 23 years old and heads the Peace Afghanistan association, a network that has hundreds of women members in the 34 provinces of the country. Since the arrival of the Taliban, he has lived in hiding, changes his roof every so often and does not go to his old office, now occupied by Islamists who threatened him with death shortly before coming to power for an exhibition he made in Kabul about religions of the world.

“Most of my teammates have already left the country or are trying; I am alone »

Mariam participated in three anti-Taliban protests. «I was afraid because they are animals, but it had to be done. We went out in different parts of the city to catch them off guard and we once again demonstrated the courage of the Afghan woman, “he recalls with the phone in hand, where he reviews some videos of those days that forced the Taliban to make a move. The new security forces contained the protests by beating and firing into the air, they also detained and beat several journalists. But the key decision was to outlaw this type of mobilization, the first measure adopted by the new Interior Ministry of the Emirate led by Sirajuddin Haqqani, for whom the United States offers a 10 million dollar reward. “We want to go out and protest, but it is very dangerous, that is why we have taken action on social networks and we continue to collect material about the abuses that women suffer throughout the country!” Points out this tireless activist to whom WhatsApp does not stop ringing .

Mariam Sadat changes her roof every so often and does not go to her old office, now occupied by Islamists

“One thing is what we see in Kabul and the image that the Taliban want to give to the media, another is what actually happens, especially in rural areas. This time they try to take care of their forms, but in provinces like Wardak, where I come from, women have been forbidden to leave the house even to do laundry. If she does, she and her husband receive punishment, ”says Mariam, with a gesture of infinite sadness. “The West has betrayed us, they sold us their values ​​and their democracy for two decades and then left us thrown into the hands of the Taliban,” he laments with teary eyes. 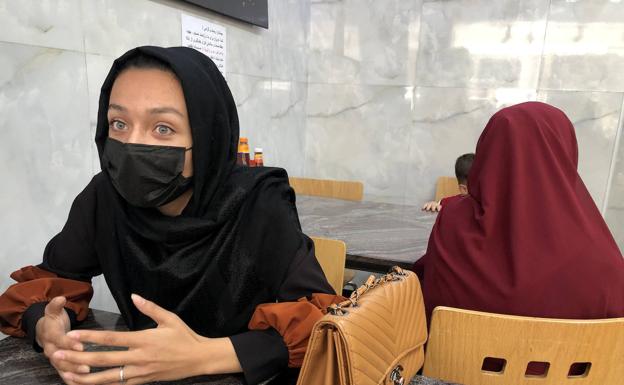 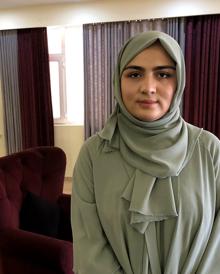 “Head of the house”

The Taliban do not stop talking about the rights and respect for women in the Emirate, but in the new interim government there are no women and only men speak on their behalf. The only female act allowed so far was a conference at the capital’s university in which 300 women covered in black hyjabs from head to toe marched before the media as a propaganda act in support of the new regime.

“We are victims of Western propaganda, the media paint us as monsters, but it is not true. The woman in the Emirate is like a flower that must be cared for and pampered to put on your head or smell it. She is the head of the house, the one who protects the home and the children, that is her true role according to the Sharia ”, replies Mullah Abdul Hanan Haqqani when asked about the female role in the Emirate of the 21st century.

The priest, a former Taliban recruiter in Paktika who has become one of Kabul’s top municipal officials, argues that “no mandatory dress codes have been established and female officials are returning to the ministries, what happens is that this is a very traditional country and that is why in the provinces many women do not leave home without being accompanied by a man from the family, due to the weight of tradition.

The words of the mullahs, now ubiquitous on the streets and in the media, cannot get beyond the walls of the Hamidi sports center in the Poli Chark neighborhood. There, Frozan Azizi came three times a week to train with his teammates from the Atlas team. Attacking midfielder and international U19 with Afghanistan, returns for the first time since the triumph of the Emirate to this sports complex accompanied by her brother and very scared. “The first public and official announcement made by the Taliban was to prohibit women from playing sports. Most of my teammates have left the country or are trying, I am left alone, “whispers Azizi while tapping a yellow ball that was in one of the two soccer fields. Little by little he cheers up and makes some hits, shoots at the door, passes the ball to his brother … «something as simple as this we are doing is a crime in the Emirate for women, we are afraid to play football even secretly» .

“We cannot leave the house without the company of a man of the family; it is the same as our mothers lived twenty years ago »

In the Hamidi there are two covered fields. In the first, a group of ten boys play a game of great intensity. A huge photo of Cristiano Ronaldo and Messi, when they were defending the colors of Real Madrid and Barcelona, ​​preside over the duel. Azizi looks at them helplessly from the second court, but also with anger. «There is not a minimum show of solidarity on their part, zero. Men are afraid, we are alone in this fight for our rights, but if I want to continue my career as a footballer, I will have to leave the country, like my sister, who used to play for the senior team and now does so for a European club. There is no future for women here and even less if you aspire to be an athlete ».

Frozan Azizi complains about the lack of solidarity of men and resigns himself to playing for a European club, as his sister already does.

His eyes transmit strength, the desire to eat the world and the countryside. Admire the character of Ronaldo and follow the successes of Alex Morgan, the star of the United States women’s team. He has no future as an athlete in the Emirate, but neither does he think he will have it as a journalist, the career he started at Kabul University and which he successfully develops on his YouTube channel. “As soon as I can, I will leave here, there is no future,” laments this young woman who greatly admires the women who have taken to the streets to protest, but who have not yet dared to take that step.

Aria Mohamadi does not practice sports, she does not have time because she is a woman glued to the mobile phone. He continues to visit a dentist where he works partially, but he does not know how long he will be able to do so. “In a month we have lost the ground gained in twenty years, it is dramatic,” says this twenty-year-old cyber activist who is dedicated to spreading all the material she compiles on Taliban abuses against women on social networks. Mohamadi, like many women in this country, now feels «the protagonist of a nightmare, I do not believe that this is true, that we are living this situation, that we cannot leave home without the company of a man of the family, that we are living what our mothers went through twenty years ago, I don’t believe it, I don’t believe it, I don’t believe it… », he repeats with great anger.

Mullah Abdul Hanan Haqqani says that women do not leave home without a man “because of the weight of tradition.”

That disbelief comes true when you go out and see the Taliban as new security forces. They occupy the old Police and Army buildings, set up checkpoints, patrol the streets and closely monitor women’s movements. The use of the burqa is not officially mandatory, but its price and sales have doubled in the markets of Kabul. The same thing happens with the right to work or education, there are rules that are not official at the moment, but that everyone knows because the Emirate is not new, the Afghans suffered it between 1996 and 2001 and now it returns with more force than ever.

The post Women against the Taliban Emirate appeared first on Archyde.