A year since the second Taliban government came to power; Figures that the Afghan back 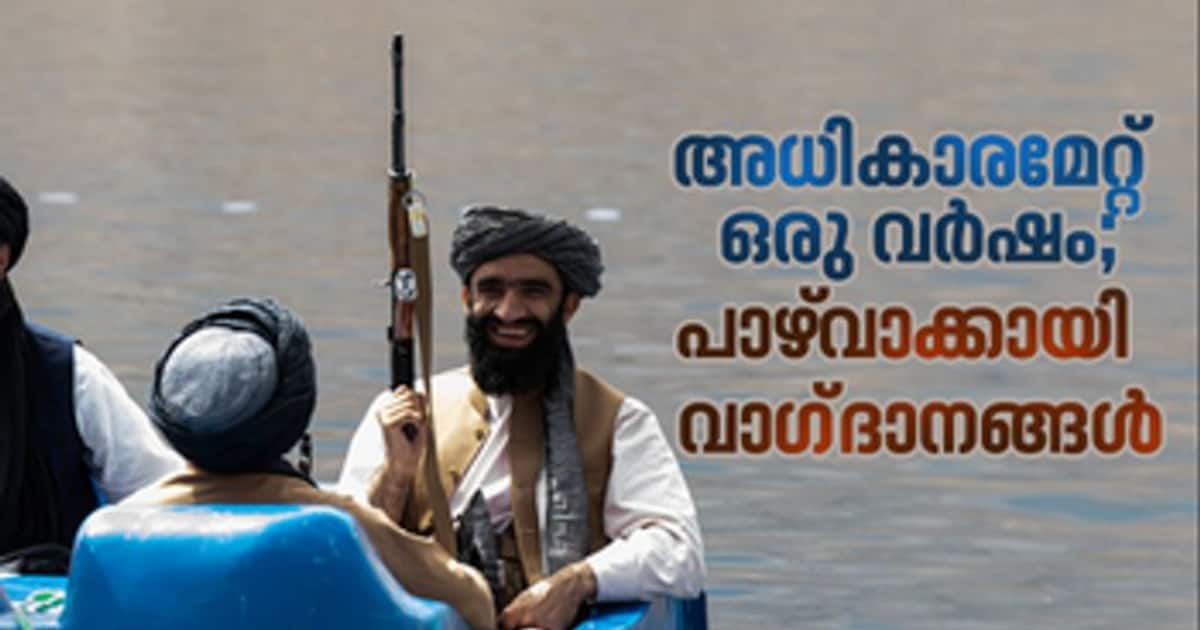 ThaBased on the agreement made with the US government and army with Lebanon, the US army withdrew from the soil of Afghanistan on August 15, 2021. But several weeks before that, the Taliban had conquered many areas of Afghanistan. By the time the last American plane took off from Kabul, Taliban militants were stationed outside the Kabul airport. Sabihullah Mujahid, who spoke publicly for the Taliban at that time, announced that the second Taliban government would be completely different from the first Taliban government and that there would be revolutionary decisions, including the education of girls. However, after a few years, the news that comes out is that Afghanistan has entered into more poverty and violence.

'We are going to allow women to be educated and employed. Freedom will be given to women in the country within the framework of Islam. This will be different from the Taliban regime of the 1990s. Zabihullah Mujahid declared when the Taliban took power a year ago.

However, after coming to power, the Taliban government imposed a series of restrictions on women. The Taliban imposed a ban on dressing up and going out in public without a male guardian.

Schools opened for the new academic year in March, but girls are not allowed to attend secondary school. With the introduction of the law that girls should be taught by female teachers, the education of girls almost completely came to a standstill.

The UN says the Taliban's decision affected about 1.1 million students. The Taliban has been criticized internationally for blocking girls' education. Realizing that criticism would intensify and that this would block international aid, the Taliban allowed girls primary school education.

The Taliban insisted on separate rooms for boys and girls in the country's universities. Moreover, university education was also in crisis as the demand for female teachers to teach girls was raised.

A July Amnesty report detailed the Taliban's abuse of women and children's rights in Afghanistan. It confirms subsequent attacks on women who protested against new restrictions on women when the Taliban came to power.

When they came to power, the Taliban claimed that they would work to rebuild the Taliban, revive the economy and prosper the country. But the UN Security Council reported last June that the Afghan economy has shrunk by 30%-40% since the arrival of the Taliban.

With the second coming of the Taliban, international aid flowed into Afghanistan's foreign exchange reserves. This has caused serious economic consequences in the country. To overcome this, the Taliban tried to increase tax revenue and increase coal exports.

A three-month budget announced in January showed the Taliban earned nearly $400 million in domestic revenue between September and December 2021. However, experts accuse these figures of lack of transparency.

The loss of international support, security challenges, climate-related issues and rising global food prices have all dragged the Afghan economy down day by day. At the time of taking power, the Taliban claimed that there would be no drug production in Afghanistan and that the production of opium would be brought to zero.

Afghanistan has been the world's largest opium-producing country for years. After the second coming of the Taliban, in April this year, the Taliban banned the cultivation of poppy plants. There were reports that the Taliban were forcing poppy fields to be destroyed from poppy farms in Helmand province, the southern region of the country.

A US official report released last July said the Taliban, backed by drug growers and dealers, are committed to drug interdiction. However, Afghanistan's drug economy expert Dr. David Mansfield states that by the time of prohibition the main opium/poppy harvest would have been over.

"The second crop in south-west Afghanistan is usually a small crop, so its destruction will not have a significant impact on yields," adds Dr Mansfield.

While poppy cultivation is led by farmers, the production of modern drugs such as MDMA and crystal meth is under the direct control of the Taliban. At the same time, the Taliban reportedly banned the cultivation of ephedra, a wild plant used to make it.

Another promise was to ensure the safety of the people of the country. But since the second Taliban government came to power, from August last year to mid-June this year, around 700 civilians have been killed and more than 1,400 injured, according to UN figures.

However, the report also points out that these numbers are lower than in previous years. 50% of deaths since August 2021 have been attacks led by the Islamic State-Khorasan (IS-K) group, an offshoot of the Islamic State group still active in Afghanistan.

In recent months, ISK has carried out several attacks targeting religious minorities, with Shia Muslims or other minority populations being their main victims. The increasing presence of anti-Taliban forces like the National Resistance Front (NRF) and the Afghanistan Freedom Front (AFF) in the country has become a headache for the Taliban.

"The overall security environment in Afghanistan is becoming increasingly unpredictable," the UN reported in June, citing the presence of at least a dozen separate terrorist groups opposed to the Taliban in the country. According to the UN, there has also been a significant increase in the number of human rights violations in the country, including extrajudicial killings, detentions and torture.

Between August 2021 and June 2022, more than 160 former government and security forces officials were killed by unarmed assailants. According to the statistics, there are big differences between the first Taliban government and the second Taliban government. In addition to all this, frequent natural disasters and infant deaths due to malnutrition are increasing in Afghanistan.