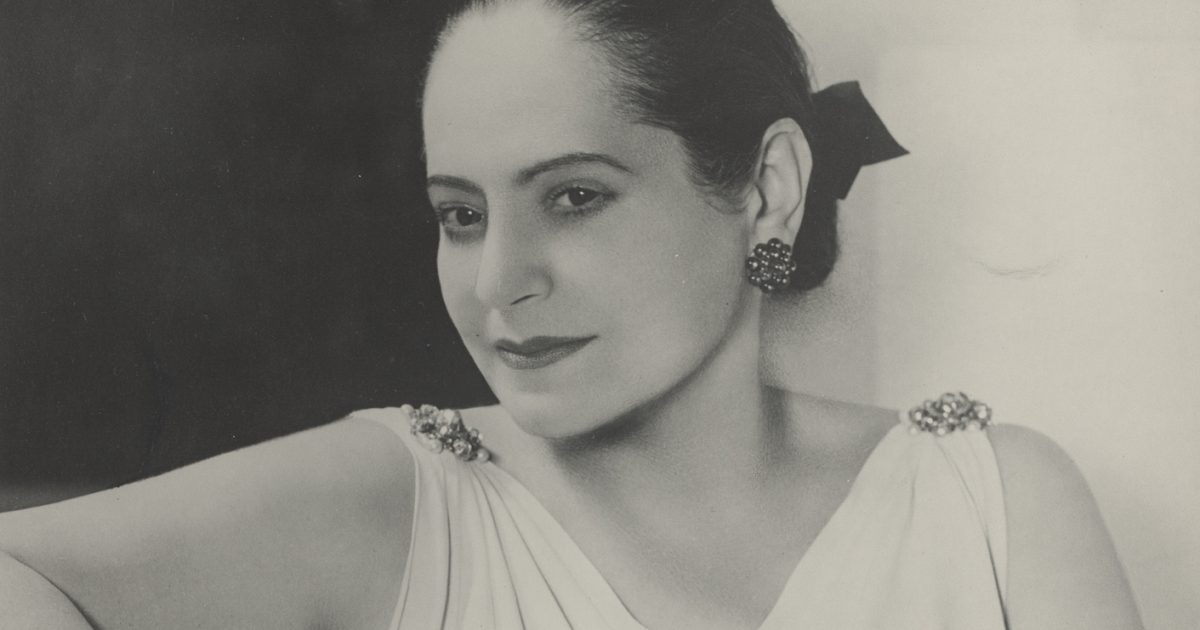 You can be born into a modest home, the eldest of eight daughters (to be married), measure 1.47m, and still build a cosmetics empire by going through two wars.

Helena Rubinstein was born in Krakow on December 25, 1872 into an Orthodox Jewish family. Little inclined to marry the old chnoque chosen by her father, the strong head is sent to an uncle in Australia. A crossing of several weeks that she makes without a chaperone, at 24 years old. Audacious for the time. At the turn of the century, she worked in the family bazaar in Coleraine, Victoria, where tanned customers asked her the secret to her porcelain complexion. Before leaving, her mother slipped her a dozen jars of cream concocted by a Hungarian chemist friend of the family, to protect her from the blazing Australian sun.

The young girl smelled the vein and, after having sold her stock, got down to recreating the recipe based on lanolin, whalebone, essence of almonds and plants in an extract of Carpathian conifer. His potion, called Valaze, sells like hot cakes, accompanied by his advice, the basis of his method. In 1903, she opened her own institute in Melbourne.

Convinced that beauty is inseparable from science, she returned to Europe to train, in Vienna, Berlin, London, where she settled briefly with her first husband. But his goal is Paris, capital of fashion. In 1912, she inaugurated her clinic in the rue du Faubourg-Saint-Honoré, bringing together under one roof all the services necessary for beauty, according to her vision: cosmetics but above all the gestures of application and lifestyle advice, on sleep, diet, physical activity, not forgetting make-up.

The war drove her to New York, where she continued to expand. She opened her first institute in 1915 in a market where competition was fierce, especially with her historical rival, Elizabeth Arden. His empire continues to grow, Chicago, San Francisco, Los Angeles, Rio, Mexico. The department stores want her, she sets her conditions, in particular the training of saleswomen, and creates the first school of advisers, inventing, so to speak, the profession of beautician.

The stock market crash made her a multi-millionaire: after selling her business to Lehman Brothers for more than 7 million, she bought it back for less than a million in 1929, so as not to see the fruit of a lifetime of work disappear. Luck, genius, resilience, there is a bit of everything in this little woman with a steely mind. During World War II, the Nazis looted her property and ransacked her Parisian beauty salons. She'll get over it. She will then live between Paris, London and the United States, passionate about art, playing patrons and philanthropists with her foundation. “Madame” disappeared in 1965, at the age of 93. Since 1988, her brand has belonged to the L'Oréal group, which perpetuates the philosophy of its founder: nothing is impossible!

The Rubinstein saga in 3 dates

1912 Helena Rubinstein inaugurates a clinic of a new kind, rue du Faubourg-Saint-Honoré in Paris, where she educates women in beauty through cosmetics, but also massages and an impeccable lifestyle (sleep, sun, dietetics ). Not to mention the makeup.

1958 Avant-garde in make-up, Helena Rubinstein invents the first automatic mascara, in a refillable steel tube. In 1939, she had created a waterproof formula, an idea that came from observing the aquatic ballets.

2022 The brand celebrates its 120th anniversary and regains its leading position in the management of ageing. She developed the Re-Plasty range, in partnership with LaClinic, in Montreux, temple of surgery and aesthetic medicine.

To receive the latest articles from Femina, subscribe to the newsletters.