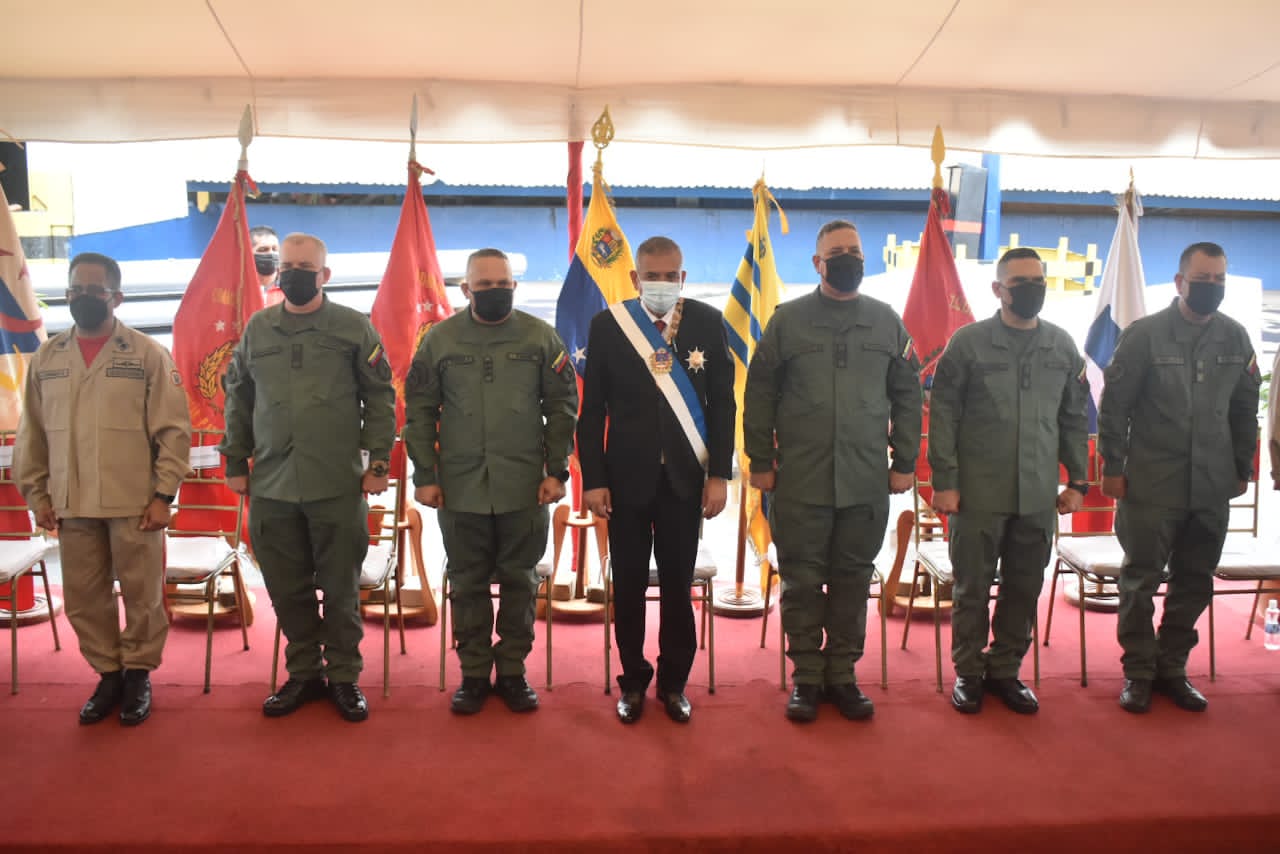 In the presence of Governor Ángel Marcano, civil and military authorities, the protocol was complied with in the courtyard of CVG Alcasa.

With the reading of Hugo Chávez's thought: "The militia, the working class, the Bolivarian youth, the Bolivarian National Armed Forces, the peasant class and the student fronts, must be strengthened to the maximum", added to the singing of the glorious notes of the national anthem, began the act of promotion of officers and sergeants of the Workers' Militia of Bolívar.

The governor of Bolívar state, Ángel Marcano, highlighted the commitment that the Bolívar Workers' Militia has shown with the Venezuelan homeland. "We are changing the model of domination, for a model of liberation, let us never put this legacy of Hugo Chavez at risk," he said.

"Guayana plays a fundamental role in the nation's economic recovery, because the entire national industry, intermediate and final products, depends on it," he added.

The regional president said that with Hugo Chavez history woke up, to start the progressive organization of the working class in all its forms.

He assured that Venezuela is in a process of national liberation. "Commander Chavez created the Workers' Militia as a powerful movement, which in peacetime guarantees the country's productivity, but in the midst of confrontation, the worker becomes a militiaman to defend his country," he said.

He indicated that the Workers' Militia of Bolívar has gone through several processes, with a training plan, training and a tactical method of revolutionary resistance.

"We have young people equipped, trained and trained," he said.

He stated that he was proud of this act, one of the most important, because it implies recognizing those he defined as brothers and comrades, who leave their homes to produce and win, even in dangerous situations.

For his part, Parra Yarza, commander of the Redi Guayana, said that the revolution began in Guayana and in its companies, and that for this reason, Commander Chávez was so passionate about basic industries.

He stated that the workers who wear the militia uniform have a responsibility. “I am sure that you are proud to be militiamen, I see it in your eyes and I feel it in every word,” he mentioned.

Parra Yarza defined Governor Ángel Marcano's speech as a commitment to the homeland, from the heart, full of patriotism and proud of this project, which is more than six years old and more than a year since the resolution of the Workers' Militia of Bolivar.

“You can count on Redi Guayana, we are going to help them to contribute with their momentum, to train them, educate them and continue with the cohesion exercises to keep us trained. I am proud to be here, I congratulate you on behalf of the Commander in Chief, Nicolás Maduro, the General in Chief, Padrino López, Minister of Defense, the General in Chief, Domingo Hernández, Strategic Operational Commander, on behalf of the entire Force Bolivarian National Army and the Bolivarian Militia, our greetings, you are the defenders of basic companies”, he closed.

They also rose; Néstor Astudillo, president of Sidor; Alfredo Spooner, Pedro Perales, secretary of General Services and Maintenance of the Government of Bolívar, among other militiamen.