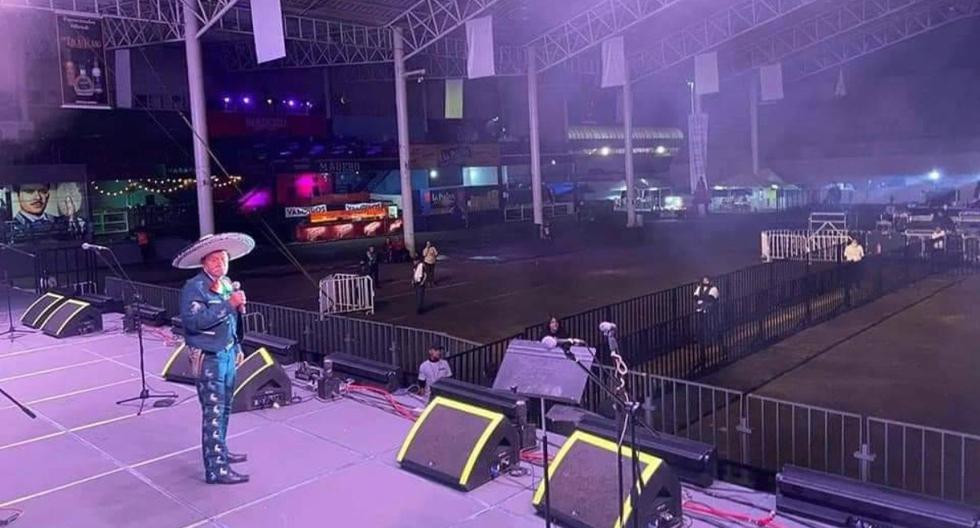 In Mexico made viral the history by Don Rogelio Veina, 85, known artistically as 'El Mostrenco', the artist appeared at the Fresnillo National Fair, Zacatecas state, on August 29. However, almost no one or very few people attended his show. This is the story.

images shared on Twitter by the organizers of the event they showed how the octogenarian, dressed as a mariachi, realized the absence of the public. Despite the sadness that could be seen on Don Rogelio's face, this continued with the show and he did his work as if he had a crowd in front of him.

“Yesterday I said 'I sing'. There was no one. Okay, there the police applauded and two, three or four people who were out there”, he expressed after his presentation without an audience. "I couldn't suspend it because it made my representative look bad," Don Rogelio told a local Mexican media.

What happened generated outrage on the networks, and many users asked the festival organizers to be given a new chance to present himself, but with a greater number of people.

The singer Don Rogelio Veina appeared at the Fresnillo Fair, and fulfilled his presentation despite the fact that he had no support and the Forum looked empty throughout the show. Our respect to the gentleman who is a true professional and hopefully in his next presentations he will have more support... pic.twitter.com/zHkhPs51ei

The return of 'El Monstrenco'

According to Millenniumthe story reached the ears of the festival organizers and before the clamor of the netizens for 'El Mostrenco' to have a second chance, decided to put Don Rogelio as the opening act for Gerardo Ortiz, one of the most important artists of the Mexican popular genre.

“He (Ortiz) has a daughter in Germany, and he told her 'Hey Dad. Don Rogelio already hit'”, he said before returning to the stage on August 30, already in front of a larger crowd of attendees.

On the face of the octogenarian the emotion of presenting himself before thousands of people for the first time in 35 years of artistic career, as he dedicated a few words to the public before starting his show.

"Goodnight. How different this scenario looks!”, said Don Rogelio before the crowd that received him amid applause, to then fall silent and continue listening to the words of the 85-year-old artist. “Yesterday I went from there to here by myself but I fulfilled my commitment. Now I'm really surprised because the spark grew a lot."added 'El Mostrenco'.

Finally, Don Rogelio managed to present himself as he expected and during his act he thanked Ortiz for the opportunity. Also, the public recognized him special for your participation. 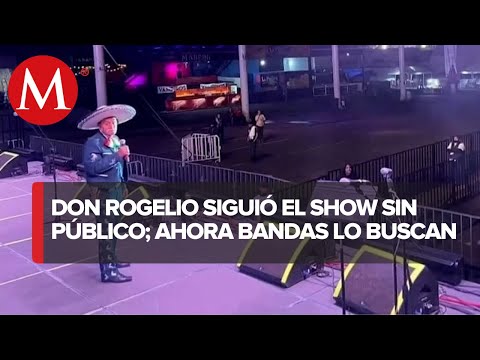