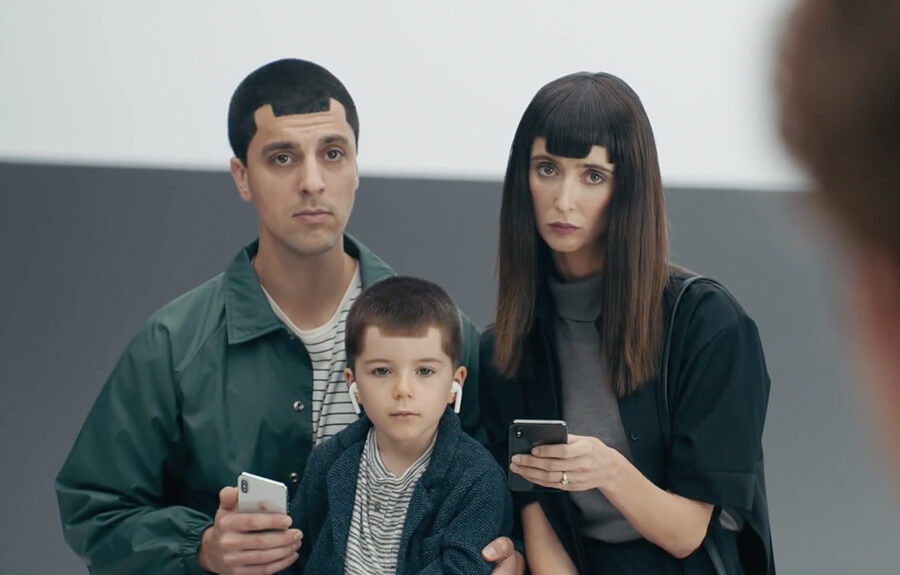 Apple will hold Apple's autumn new product launch conference on September 8, Taiwan time, and will launch new products such as iPhone 14 and Apple Watch S8, Pro, SE2, etc., but rival Samsung (Samsung) deliberately chose to release Samsung directly on the eve of the release of iPhone 14. The commercial video shows that the iPhone 14 has no innovation, which has sparked discussions among many netizens.

Samsung's latest advertisement is "Buckle Up" (better ready for the challenge), which appears to be an introduction to the new Galaxy S22 Ultra and Z Flip 4 products. The short 30-second video is all about making fun of the iPhone 14's lack of innovation, but also targeting the iPhone's inability to Have these features to advertise.

Almost every sentence in Samsung's advertisement is sour that the iPhone 14 is not innovative enough. The promotional content seems to be calling on Apple users to turn around and make mistakes again and again. The ridicule is as follows:

In fact, this is not the first time Samsung has ridiculed Apple's iPhone, Samsung has used advertising in the pastTaunts the iPhone bangs lookNo 3.5 mm headphone jack, no SD card and no fast charging head.

Interestingly, it didn’t take long for Samsung to ridicule Apple’s iPhone, and it began to slap itself every few years. For example, Samsung launched a series of Ingenious advertisements in 2018 to satirize the iPhone. One of them was to mock the iPhone 7 series for not having a 3.5 mm headphone jack. A year later, Samsung also replaced The Galaxy Note 10 series simultaneously cancels the headphone jack designfollow the iPhone to go to the headphone jack, but also comes with an additional headphone adapter.

The full-screen bangs design was used for the first time in the launch of the iPhone X, which became the stereotypical shape that Samsung’s advertisements love to ridicule. After 5 years, Samsung also began to use the bangs shape for its Galaxy Tab S8 Ultra. The response to this product was also super bland, and no one knew of its existence. Now, Samsung no longer uses bangs to mock Apple. After all, bangs appear in its own products.

until recentlySamsung ad mocks Apple's iPhone 12 removal of chargersLater, it also canceled the gift of chargers for the Galaxy S21 series simultaneously. Even the reason for the cancellation was to imitate Apple's use of "environmental protection". In the past, Samsung ridiculed related posts and silently disappeared from the social platform.

Samsung not only slaps itself in the face with advertisements, but also made a lot of oolong incidents related to iPhone in the past. For example, in June this year, when the Samsung community promoted the ONE UI theme advertisement to users, the iPhone frame was directly used in the promotional image. Earlier, Samsung Twitter was also found by netizens to use the iPhone to release the latest news.

There has always been a competitive relationship between Samsung and Apple, but Samsung is particularly fond of ridiculing iPhone ads to attack its opponents. After laughing at Apple, it immediately follows the trend and learns the same way every few years. Even Samsung sells tens of millions of flagship models every year. Still significantly less than the Apple iPhone.

Further reading:The reason why most Androids plan to switch to iPhone?Market survey reveals security and privacy are the main reasons

Mr. Crazy will also provide the online live screen and Chinese discussion area of ​​the iPhone 14 conference. Welcome everyone to join the event.