Hygiene on the plane
Tips from a flight attendant: Don’t wear shorts – just don’t fall asleep by the window

Have you ever fallen asleep by the window on an airplane? A flight attendant strongly advises against it – you should also not wear shorts on board. Otherwise bacteria have an easy time of it.

To fly properly has to be learned: There are a few things to watch out for on board an airplane. Of course, nobody knows that better than someone whose workplace is an airplane and who knows exactly what is going on there behind the scenes. The TikTok user @tommycimato is someone like that: He works as a flight attendant and reports on his experiences on the video platform.

In a video, Tommy revealed some things that passengers should avoid when traveling by air. His five tips and tricks are primarily aimed at the hygienic conditions on the plane – and they often don’t seem particularly appetizing.

Where do pilots sleep? 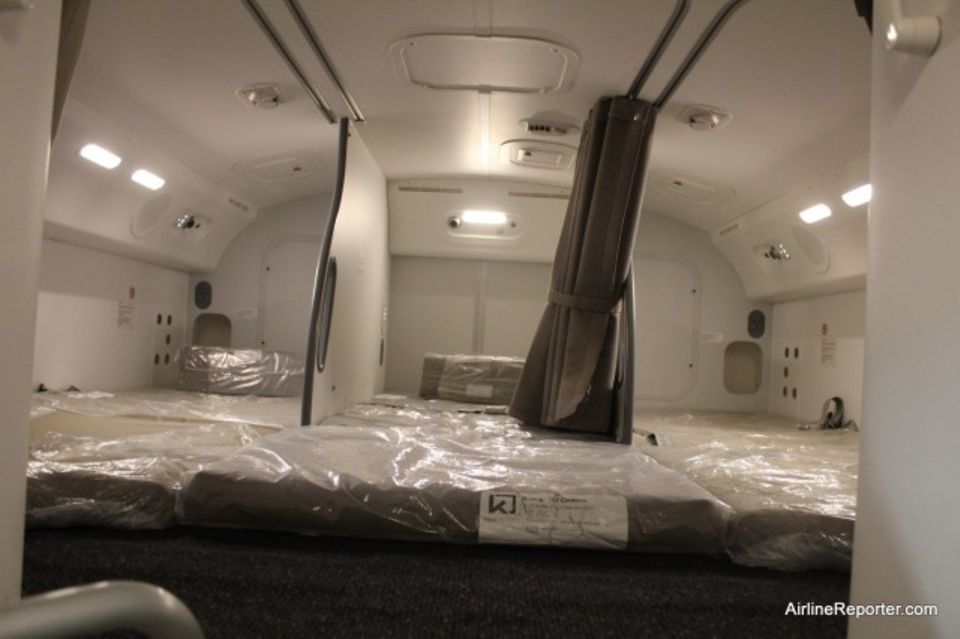 the Boeing 787 is also called the Dreamliner. The name says it all, the crew has from here United Airlines your own bedroom floor above the passenger area to dream.

Tips for flying: Don’t touch anything!

The experienced flight attendant advises guests not to touch the rinse button on the aircraft toilet with their bare hands: “To be honest, it’s rather unhygienic and disgusting.” Instead, you should use a handkerchief or something similar.

If you have a window seat, it is best not to lean your head against the window pane while sleeping. “You’re not the only one doing this and you don’t know how many people or children have wiped their hands or other things on the window,” says Tommy. Therefore there could be a lot of bacteria on the window.

See in the video: Travel blogger shows – this is what the secret sleeping cabins of aircraft crews look like.

For the same reason, he does not think it is advisable to wear shorts on board – even if they can be much more comfortable than long trousers, especially on long flights. However, there is also a high risk of getting unpleasant bacteria and germs off, as many people have already sat on the seat before. In short, the tips can be summarized as follows: as little skin contact with surfaces in the aircraft as possible.

It is also important to drink enough water, explains Tommy in the video. You should take about half a liter with you on every flight. If it does happen that you get sick or feel uncomfortable during a flight, you shouldn’t hesitate to speak to the aircraft staff: “We are there to help you.”

The post “Don’t sleep by the window”: These tips are given by a flight attendant appeared first on Archyde.